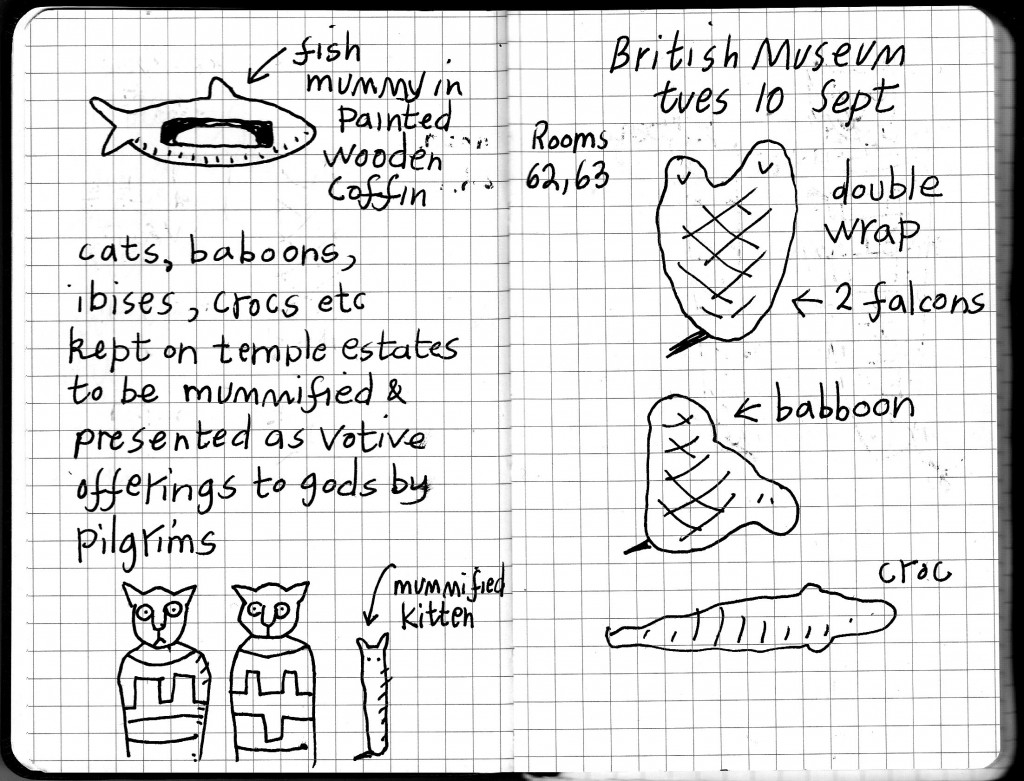 Whilst researching a children’s book about London, I was intrigued to find out about mummies in the British Museum, and contacted one of the assistant keepers in the Egyptology Department, to arrange a meeting. 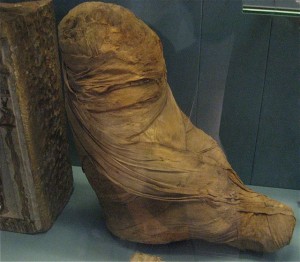 There are plenty of human mummies on display in the Museum, but there are also wrapped animals, including a crocodile, baboons, cats and even a tiny fish.  The ancient Egyptians were very keen on mummifying cats as offerings to their goddess Bastet. Apparently temple visitors chose a ready-wrapped cat,  paid a priest for it and hoped the goddess would appreciate their offering, but perhaps it was a sacred gift-shop scam as X-rays show there’s not always a whole animal in these mummies, sometimes just a couple of bones or even a piece of wood.

The assistant keeper was full of these bits of fascinating information, and very kindly let me see one of the Museum’s temperature-controlled storage rooms, where rows of mummies rested on racks, exuding a strong scent of resin and spices from their ancient wrappings.

I asked the assistant keeper about some of the more unusual things that have happened during his twenty-five years at the Museum. ‘Sometimes people make an appointment to talk to us because they believe they were ancient Egyptians in a past life,’ he told me.  ‘A woman who claimed she was Nefertiti visited one of my colleagues.  I had a visit from a man who believed he’d been a particular Pharaoh.   When I mentioned this Pharaoh was unusual, as his front teeth were missing,  my visitor promptly shot a pair of false front teeth out of his mouth.  As far as he was concerned, this proved his point.’

This entry was posted in Museum of Dust and tagged British Museum, mummies, notebook, research. Bookmark the permalink.