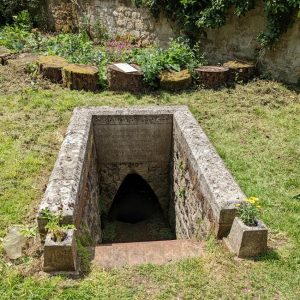 It was the Dormouse who mentioned the treacle well. Before he fell asleep again and was put back in the teapot. The absurdist story of the treacle well occurs in Alice’s Adventures in Wonderland; there actually is a treacle well, in Binsey, near Oxford. The ancient holy well, dedicated to St Frideswide, Oxford’s patron saint, is not exactly the spring of pure water it once was, although people still sometimes leave offerings of flowers and ribbons. In medieval times hundreds of sick and lame pilgrims queued here, hoping for a cure for their ailments, but now it’s a small circle of dirty brown water at the bottom of some Victorian steps in a grassy churchyard. The word treacle, by the way, is thought to refer to an ancient word theriac, describing a healing potion. 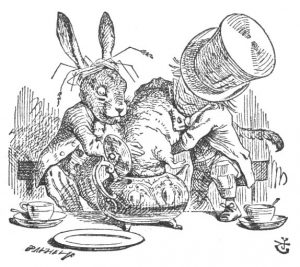 In Victorian times author and academic Charles Dodgson, better known as Lewis Carroll, rowed the three little Liddell sisters, including Alice, up the Thames, telling them stories as he did so, and introduced them to the idea of the nearby treacle well which appears in his book. 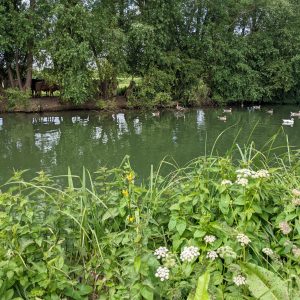 When I first looked for the well, walking by the Thames, I passed a row of cottages in Binsey, on meadow land once belonging to to St Frideswide’s Priory, now owned by Oxford’s Christ Church. A man was tending his pretty cottage garden. I asked him if this was the way to the treacle well. He said it was, and we got into conversation. He told me he taught at Christ Church, but was taking time off as he had cancer.  When chemotherapy failed to cure him he’d recently tried water from the treacle well. ‘Tasted quite disgusting,’ he said cheerfully, ‘but you try anything don’t you?’