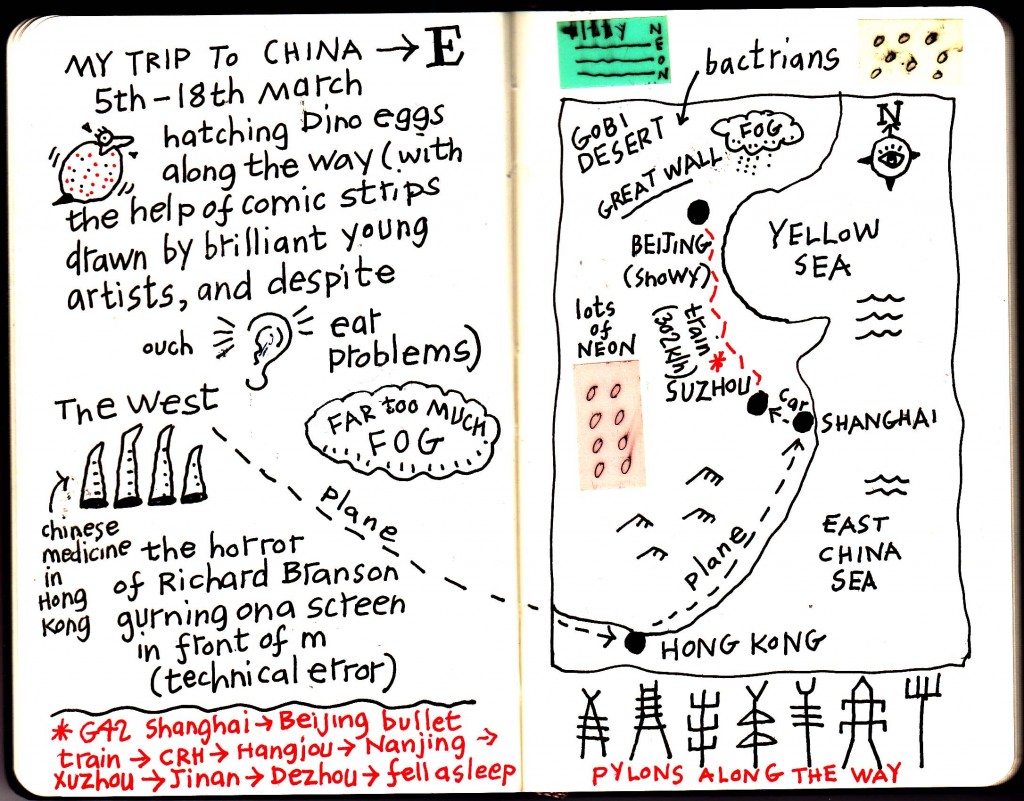 In the early spring of 2012 I was in Beijing, taking part in children’s book festivals and running workshops. One freezing morning I visited the Great Wall at Mutianyu, 70km or so north east of the city. This section was built in the fourteenth century but restored in the 1980s. I passed a brightly dressed bactrian at the foot of the Wall, which you could sit on for a fee, and stalls selling apple pancakes and jasmine tea. 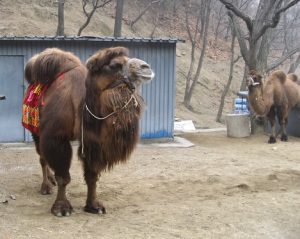 The Wall seemed deserted, its steps extremely narrow and icy, its snaking outline doing vanishing tricks in drifting fog, the perfect setting for a ghostly apparition of an ancient Chinese soldier to materialise. Someone did appear, suddenly emerging out of the mist and one of the Wall’s watchtowers, but it was an old man offering a battered cardboard box with a few Snickers for sale. 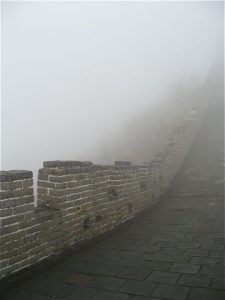 I discreetly gathered tiny fallen crumbs of mortar dust for my Museum. Apparently the original, super-strong mortar holding the walls together was a mixture of slaked lime and …  rice porridge.  This caused understandable bad feeling amongst the poor, peeved to see their precious rice harvest used by Ming overlords to flex their Imperial poitical muscles by building a giant Wall. So, my specks of Great Wall of China dust may be the remains of ancient rice porridge, or a twentieth century Chinese version of Polyfilla from the Wall’s restoration.