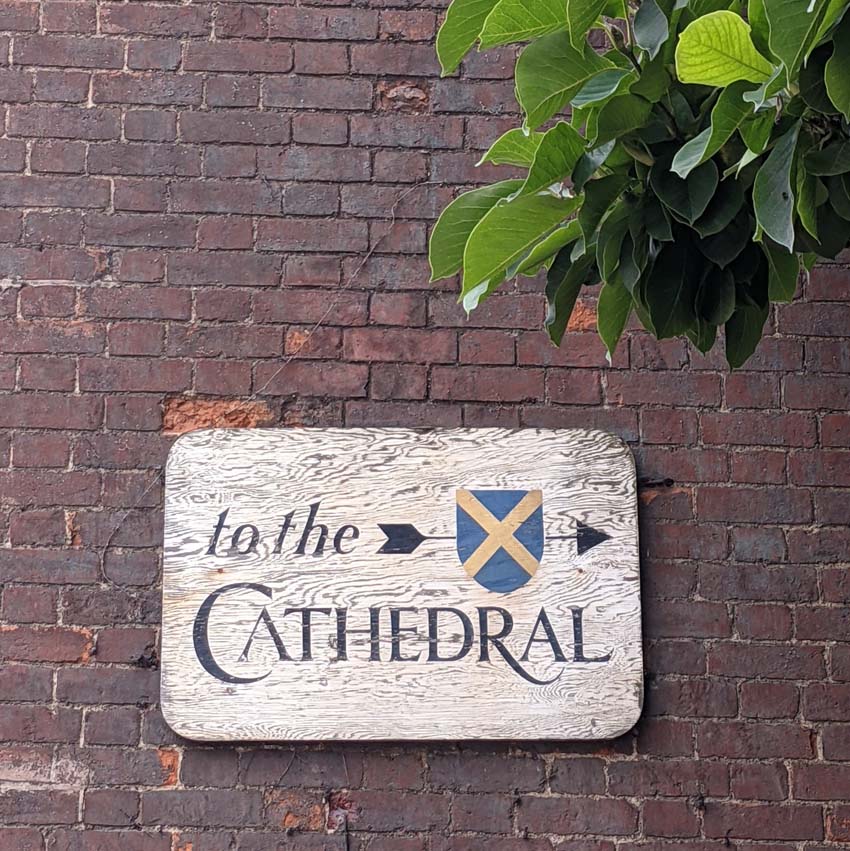 The thirteenth century chronicler, artist, map maker and Benedictine monk Matthew Paris was based at St Albans, one of the reasons I decided to visit again – I first came here a few years ago. 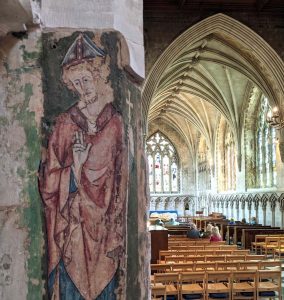 I’m a big admirer of Matthew P, who’s a bit of an entertaining gossip as well as being hugely multi-talented.  I admire his curiosity about … everything. You can see his itinerary map of how to get from St Albans to the Holy Land with handy hints and fold out sections here.  Maybe he himself didn’t travel all that much (although he visited Norway to see King Haakon) but perhaps he travelled in spirit through his map-making.  His maps of England vary, probably as new information came in from travelling clergy? 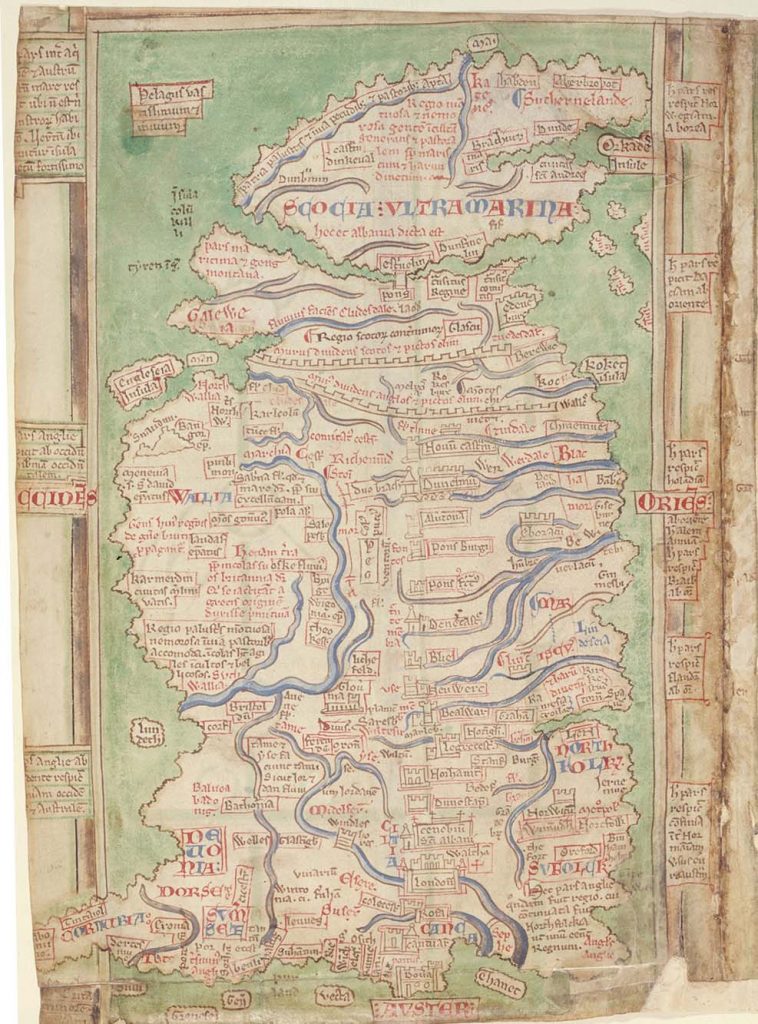 This time I was lucky enough to get chatting with someone who works at the cathedral, is full of enthusiasm and passed on wonderful snippets of information, indicating the location of some of the hundreds of ancient graffiti on the cathedral walls, some of which are tricky to see without a torch. These are listed and illustrated in a handy guide, one of the more mysterious pieces of graffiti from the booklet shown below. 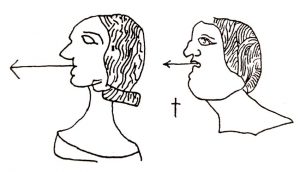 Relics of St Alban, who died in 305 AD, were once spirited away for safe-keeping during religious upheavals, but his restored shrine now contains a piece of his scapula, delivered from its resting place in Germany in 2002. 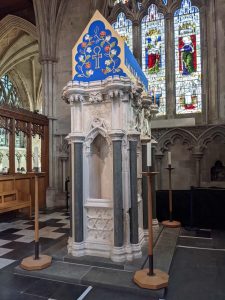 There’s an intriguing wooden staircase near the shrine, protected by a metal grille. It leads to a Watching Loft, where an eye could be kept on sometimes costly offerings left by pilgrims at the shrine. 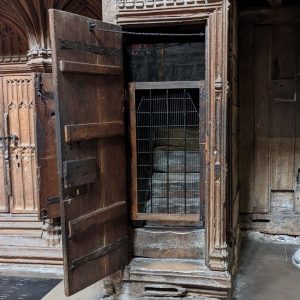 After a snack in the Abbots Kitchen – a piece of Miguel’s ginger cake is recommended – I had a go at a bit of brass-rubbing. This charming dog, who looks like he is sniffing, has tiny bells attached to his collar.  As I finished the picture, the Cathedral bells appropriately rang out.