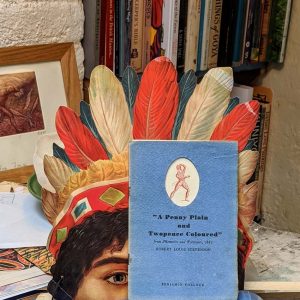 This week I called in again at Pollocks Toy Museum, to chat with D, ex-curator who comes in to the museum once a week to catalogue its contents – a mammoth task, as the museum has a myriad of nooks and crannies filled with surprising treasures. 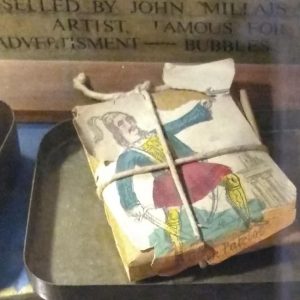 Pollocks kindly agreed to my collecting some dust for my Museum of Dust. I was hoping to find some in the case of teddy bears (especially from Eric the oldest bear) but the case is sealed tight. 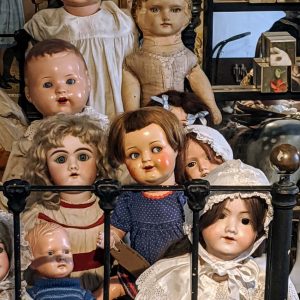 Under the watchful and curious eyes of a crowd of dolls, D selected keys from an enormous bunch, and opened up the case containing a wooden Noah’s Ark, and one of the dolls house cases, but there wasn’t even enough dust to fill a tiny bottle. 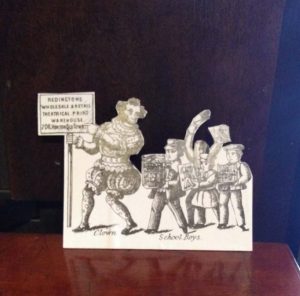 No dust in a seaside bucket made of a recycled sardine tin either. In the end I managed to collect some dust by fossicking around a chimney in the older (c 1760s) part of the museum, in a room whose floor, delightfully creaky, has a four inch slope. 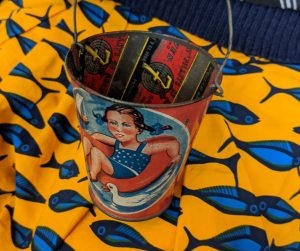 The Pollocks Toy Museum shop on the ground floor still has a few copies of The Hand Book, published in 2019 by Design For Today. 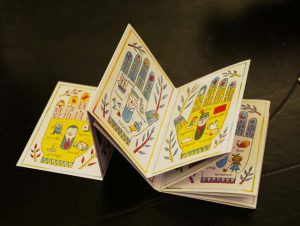