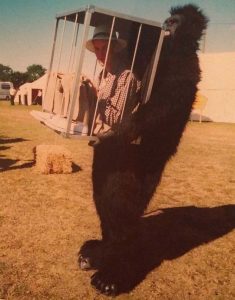 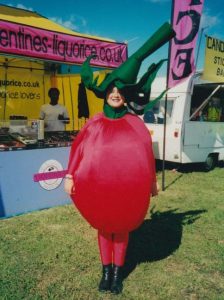 Whilst trying to clear some space in my tiny flat I decided to sort through photos taken during my travel writing days – writing features for the Independent, London’s Evening Standard and others. I’ve never felt so restless as I have this year, probably like many others. Looking at my photos induced a powerful feeling of nostalgia for the days when a pandemic didn’t rule our explorations. Sometimes the photos were a bit puzzling, see above for instance, taken at a Garlic Festival on the Isle of Wight 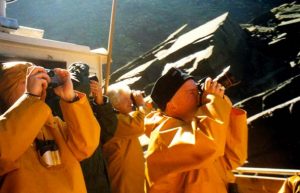 I’m still in touch with some of the members of a fantastic press trip to Shetland seen here. Our goal was to eventually reach Muckle Flugga, the UK’s most northerly lighthouse, but bad weather and sea conditions meant we never quite made it. I was commissioned by a magazine which didn’t use my piece in the end as it didn’t have enough info about shopping on Shetland apparently. Later I returned to Shetland, having an exhibition there and running workshops 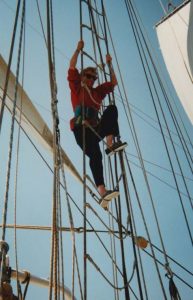 A big adventure – sailing from Falmouth to Lisbon in a Dutch brigantine taking part in a Tall Ships Race.  The Independent sent a photographer to see me off at Falmouth, but photographed the wrong ship.