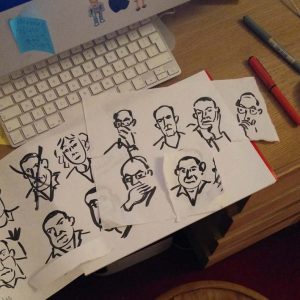 One evening this week I decided to use my new Pentel brush pen at a Zoom event run by the Frontline Club, giving myself 5 seconds to draw each portrait.  A new thing for me – something I’ve probably asked my workshop students to do in the past – challenging and great fun. 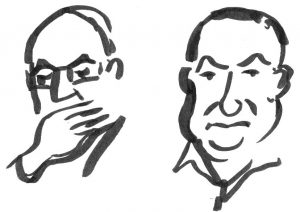 Interesting to see how speakers often covered their faces whilst thinking what to say.

A friend, film-maker Roland Denning, commented: When I studied philosophy, a lot of people had pipes so when they were asked a difficult question, they would puff on their pipes, and it looked as though they were thinking intensely, when often they just didn’t know what to say.  I would twiddle the ends of my moustache.

More 5-second-portraits from various Zoom events this week … at a Blake Society event, then later in the week at a local allotment meeting …one person was asleep I think, or maybe just thinking … then my ink ran out. 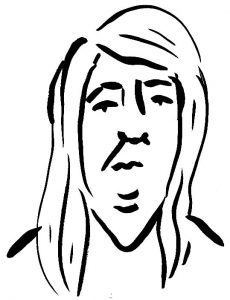 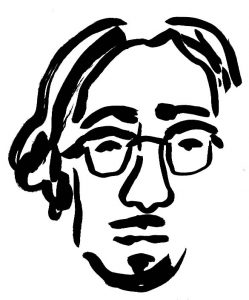 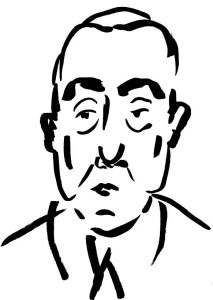 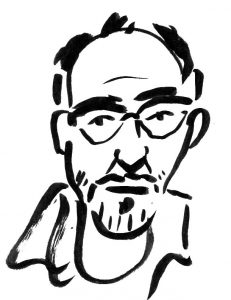 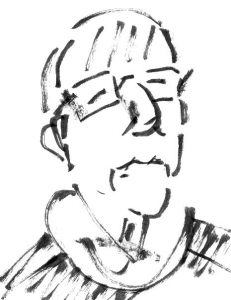 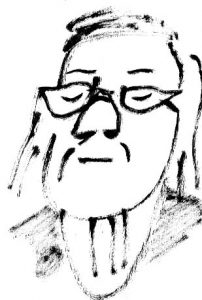 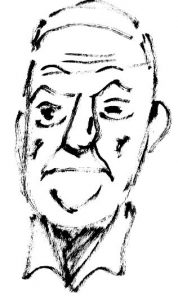 And last night at the British Museum’s Zoom event with Dr. Irving Finkel … 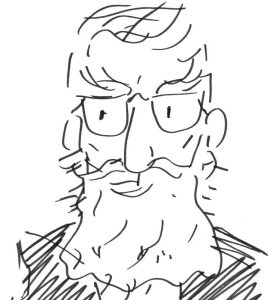 New …  a 5-second self portrait (looking down) drawn yesterday, 28th January, whilst waiting for an eye appointment video consultation. Found it trickier than drawing other people on Zoom! 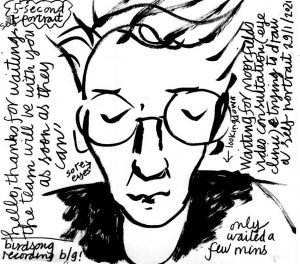 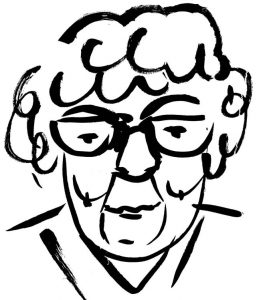 The British Library ran an event celebrating the poetry of John Donne on February 12th, with an introduction by historian Dr. Fern Riddell, who described Donne’s poem the Flea as ‘very sexy’. Dr Alexander Lock talked about Donne’s poetry and the Melford Hall manuscript, recently acquired by the Library. 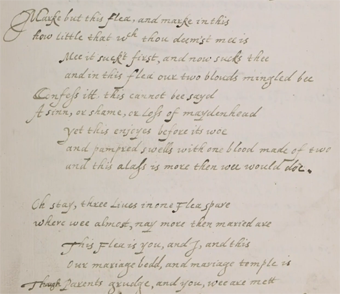 I was distracted by looking at Donne’s handwriting, and only managed one  5-second portrait, and a very quick impression of the bound manuscript. 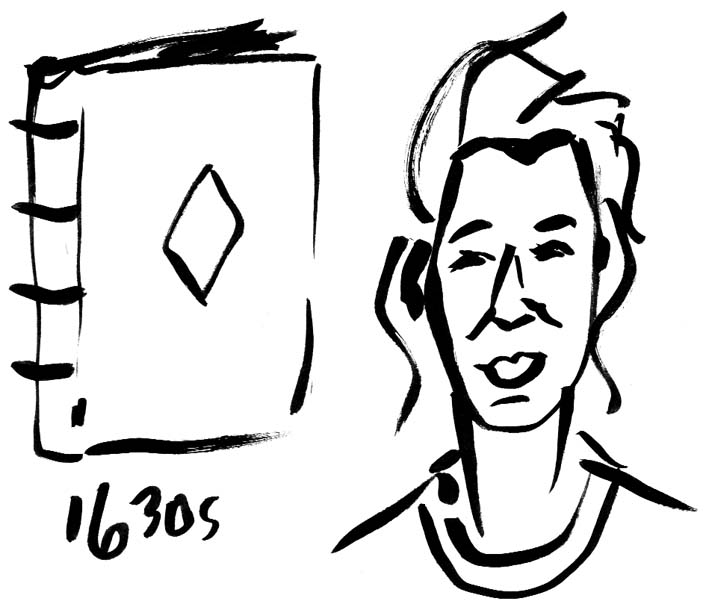