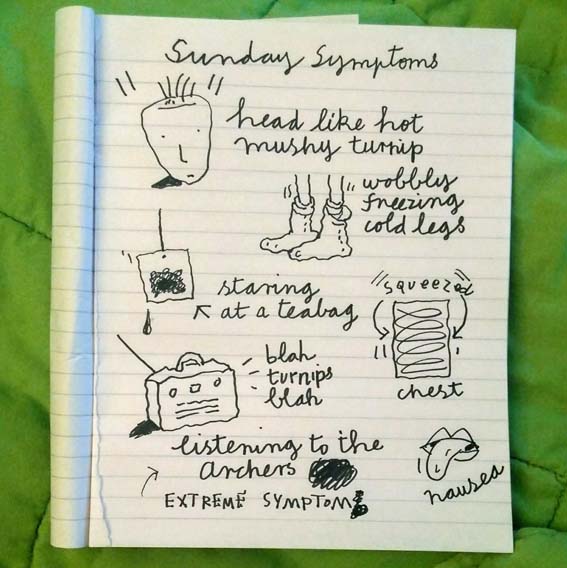 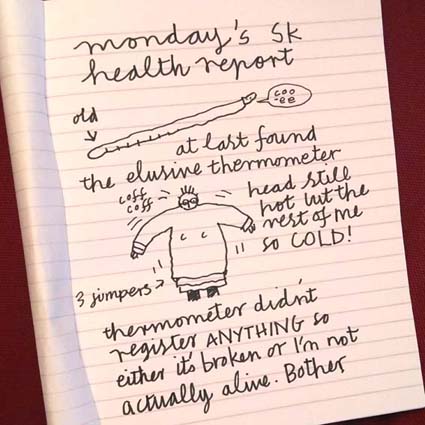 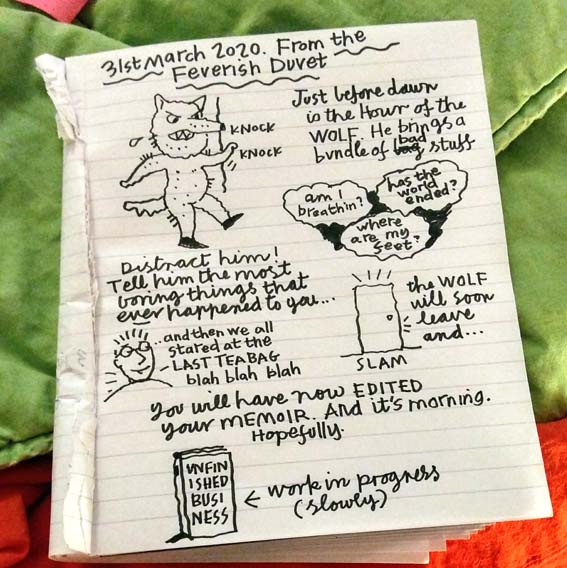 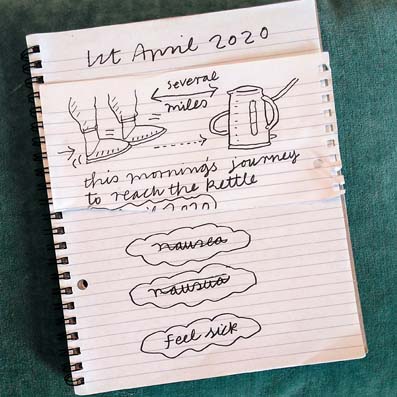 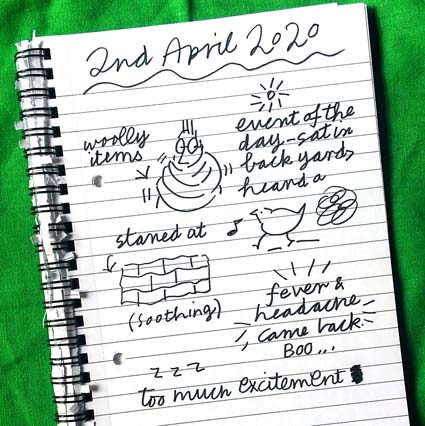 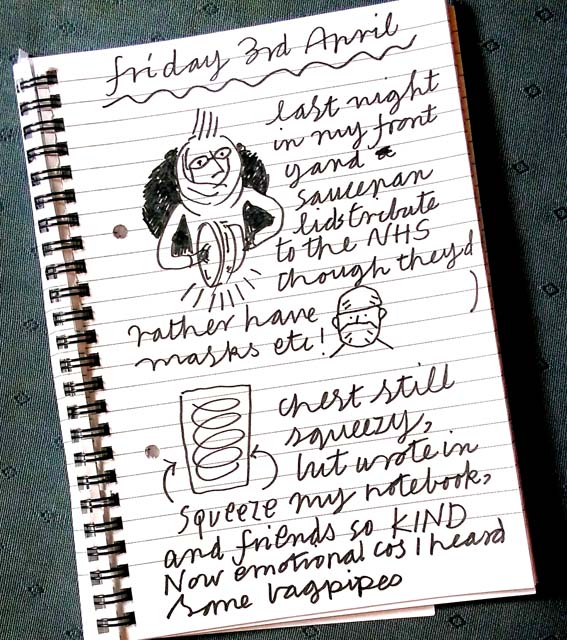 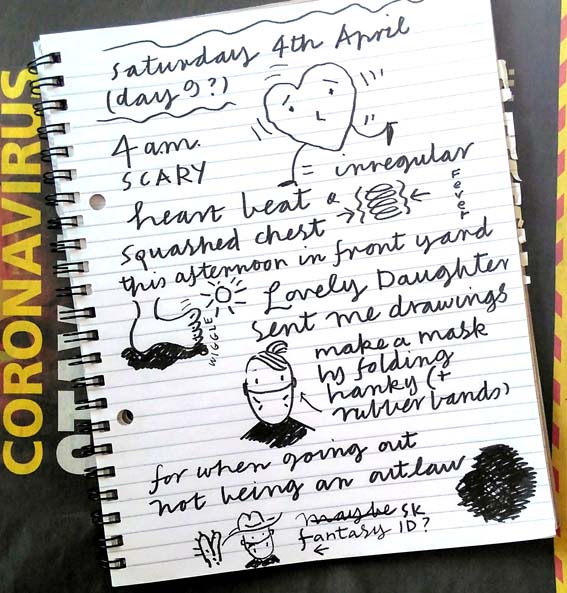 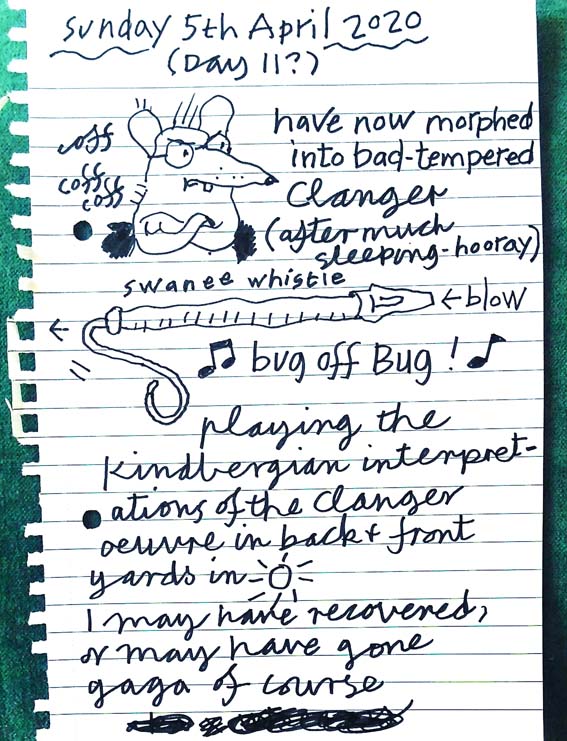 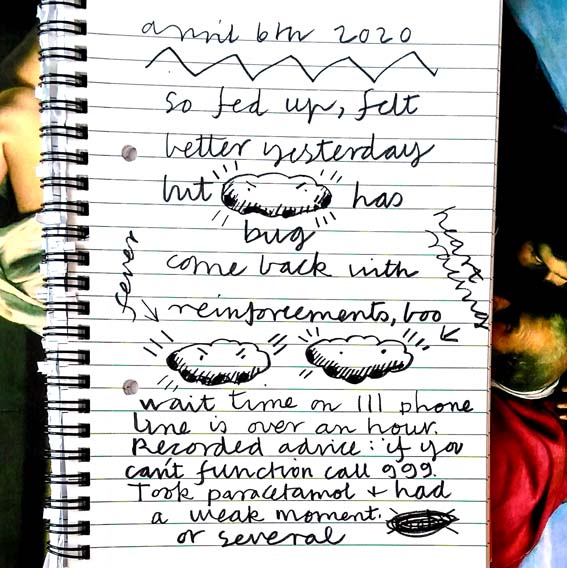 Not sure now how many days I’ve had this blooming virus, but yesterday spent at the Royal Free Hospital being checked out, as had chest pains etc. I have arrhythmia a not uncommon heart condition but it felt it was going into overdrive (fighting off bug?) yesterday and the day before. My helpful GP phoned for an ambulance.  The NHS staff at the Royal Free Hospital are stars, NHS 111 both online and phone was rubbish, hugely frustrating when you have a fever and feeling awful and not sure what the hell is happening to your body. I was in the designated corona area and drew some fairly wobbly pics which helped to take my mind off what I was feeling/seeing/hearing –  a stream of really sick people being brought in on trolleys and the sound of groaning, coughing, vomiting and machines beeping. Plague times. Long live the NHS! 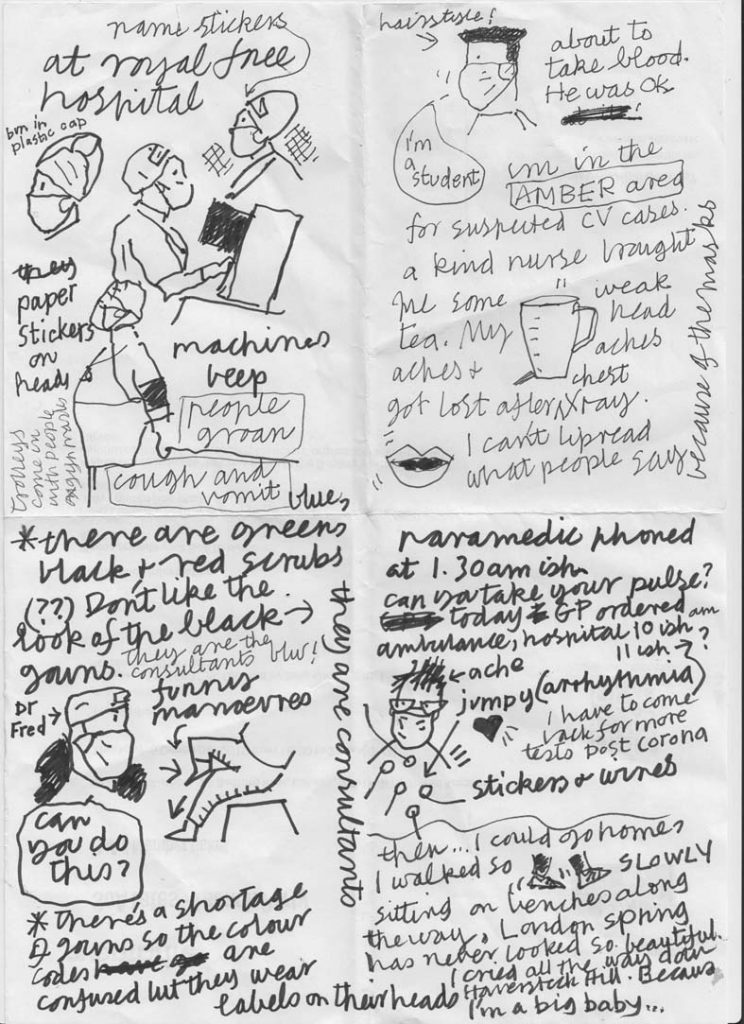 Beginning of week four I think, but the bug is still persistent even after a lull or two which makes it even more infuriating. And shame on companies who sent me TWO plan your funeral letters yesterday … grrr … 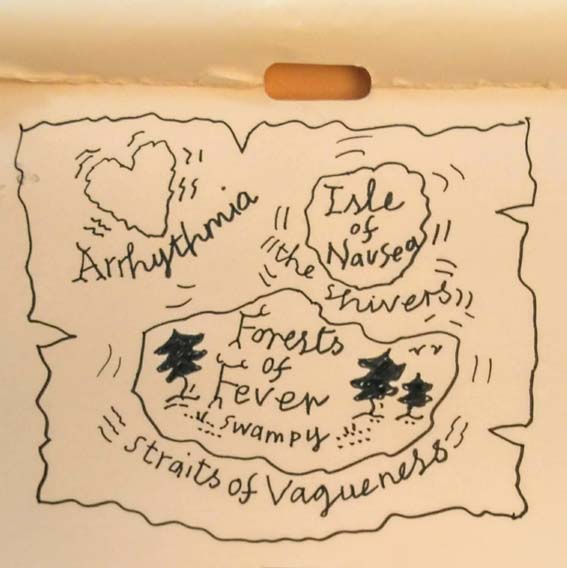 Week four possibly, and glorious weather and actually slept through the night, hooray. But … hardly dare say I’m getting better because this virus tends to sneak up again in the early hours of the morning. Sigh. Today investigated the camellia on the Kindberg Estate (actually my back yard), such a great feeling to be out and feeling stronger though still pretty wonky and looking a bit ghoulish … Dream of being able to roam again.

With many thanks to the kind paramedics who robed up in my front yard before coming in to visit me and check me out last week. 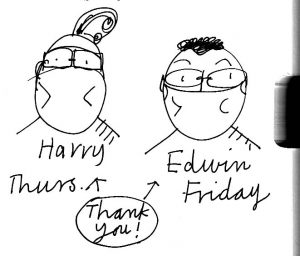