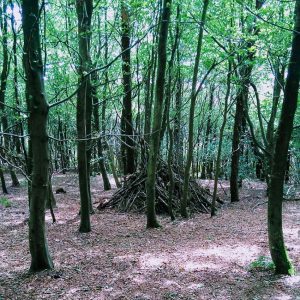 My journey last week from London to Axminster didn’t start well. South Western Rail decided to cut the number of coaches from six to three, and these were packed.  En route at Gillingham we were told to leave the train as there had been ‘an incident’. We later learned that sadly an unfortunate person had gone under a train ahead of us. Several people were taken ill en route and were tended by kind railway staff.  I had to travel back early from Lyme later that week due to a rail strike – the RMT union is fighting the decision to abolish guards on trains. What would happen on a guardless train if and when  there are ‘incidents’ and passengers are taken ill or worse? 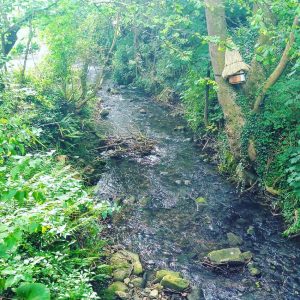 Seven hours later I reached my b&b in Uplyme, dumped my luggage and walked a mile or so down a delightful lane and along the little river Lim for supper at the  friendly Lyme Bay restaurant and a restorative walk by the sea.  The following day I swam from a sandy beach, shaking off city pressures. 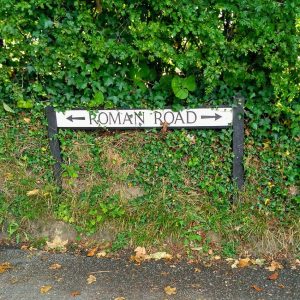 My room at The Old Black Dog b&b on the Dorset/Devon border overlooked the gentle wooded slopes of the Lim valley. Directly below was a lane, once the main route into Lyme, said to be haunted by a large black dog.  There was a black dog at the b&b, but a friendly live one.  I think.  At the bottom of the narrow lane was a sign and another, more overgrown spur, signposted ‘Roman Road’, leading down to a tiny river bridge, once a ford perhaps?  Apparently a Roman highway from Dorchester to Exeter ran along here, so maybe this was its ancient leafy footprint. 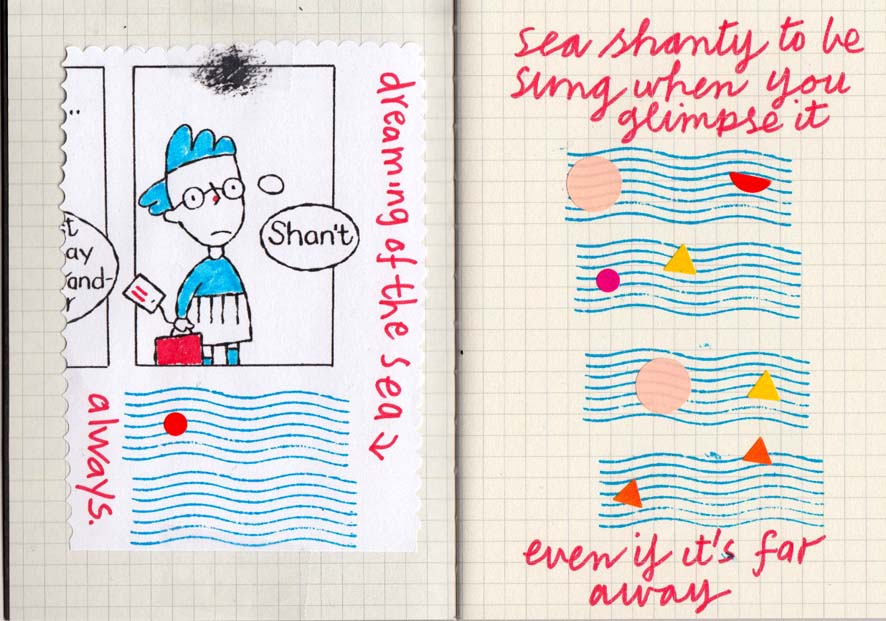 I was almost born in the sea, in Devon, so it is a magnet to me, and as a child I hated leaving the seaside for the dark and foggy Midlands. Before coming to London later to seek my fortune … 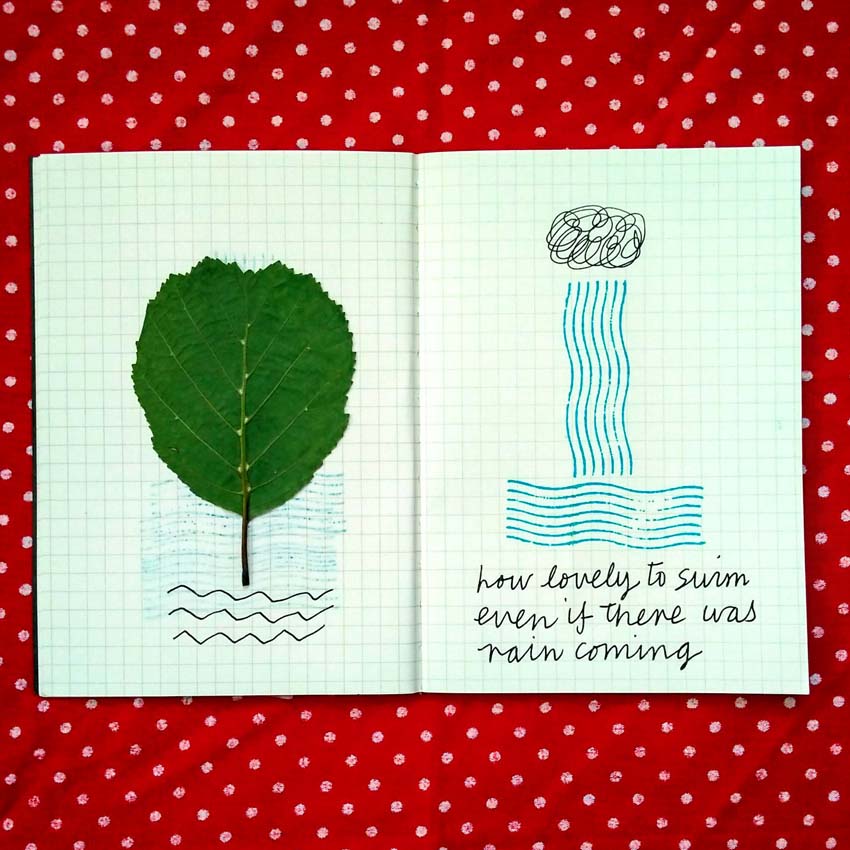 I picked an alder leaf from the side of the Lim as a momento when walking to Lyme, wearing my seaside scarf of polka dots on the way to the sea.  Joy.