A Visit to Limehouse 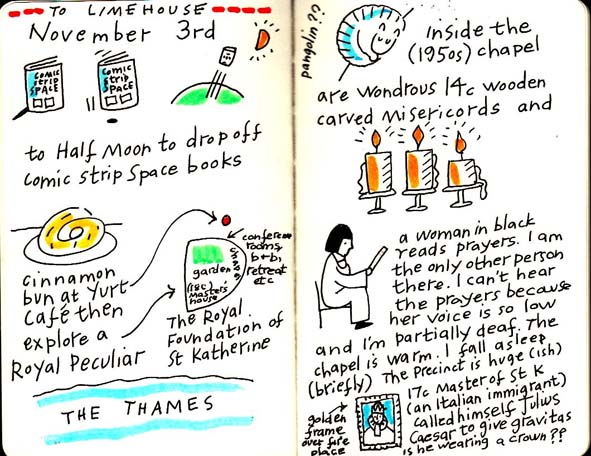 Yesterday I left more copies of The Comic Strip History of Space at the Half Moon Theatre, where I’ll be joining other members of SCBWI to do some more live drawing at the theatre’s Winter Arts Fair.  Afterwards I decided to do a bit of exploring. 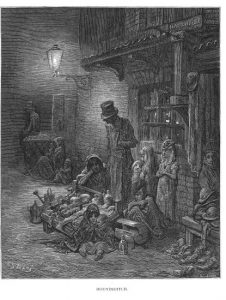 Here’s an extract from Bleak House by Dickens:

Smoke lowering down from chimney-pots, making a soft black drizzle, with flakes of soot in it as big as full-grown snowflakes … Fog everywhere. Fog up the river, where it flows among green aits and meadows; fog down the river, where it rolls defiled among the tiers of shipping and the waterside pollutions of a great (and dirty) city. 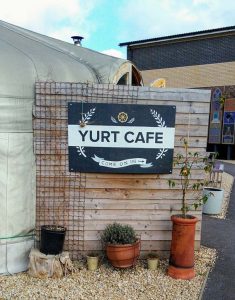 Behind Limehouse’s DLR station is a bright oasis of calm, and not a wisp of fog in sight. Between the station and the Thames is a Yurt Cafe, where I happily ate a home-made cinnamon bun, and then discovered the cafe is part of St Katherine’s Precinct, one of the Royal Peculiars. 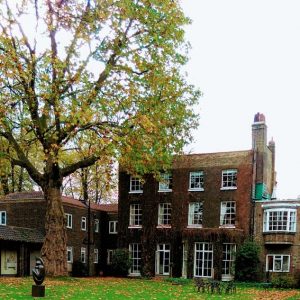 The original Royal Foundation of St Katherine, founded in the 12C, now runs a conference centre, artists’ studios, a community hub and a b&b.  Inside its 1950s chapel are wondrous carved wooden figures, misericords surviving from the 14C. 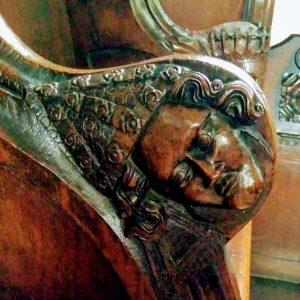 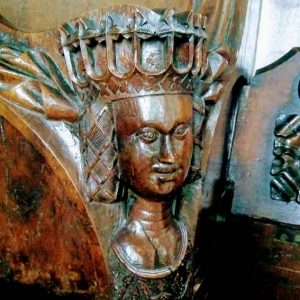 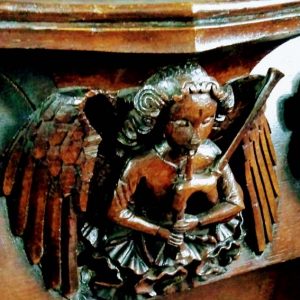 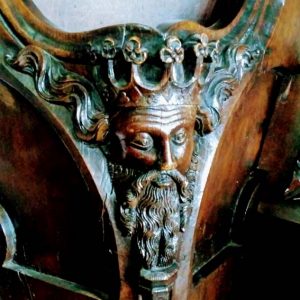 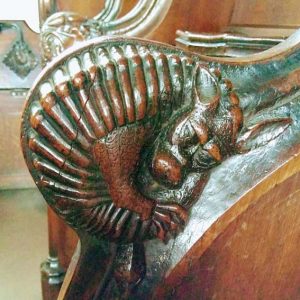 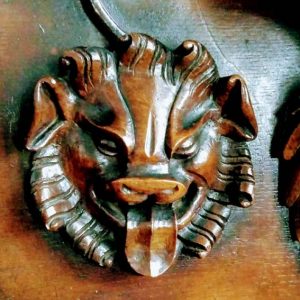 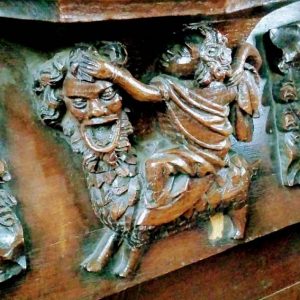 There was a conference or two taking place at the Foundation while I visited, but the tranquil gardens were deserted. 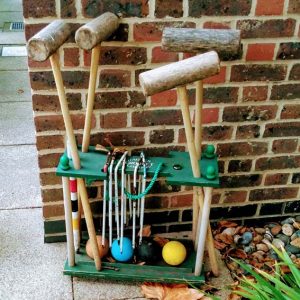 Inside one of the buildings, over a fireplace, was a 17C portrait of Sir Julius Caesar, one of the earlier Masters. The original name of this ambitious Italian man was Adelmare, but he changed his name thinking Julius Caesar sounded more impressive.  It obviously did the trick, as he later became Chancellor of the Exchequer. 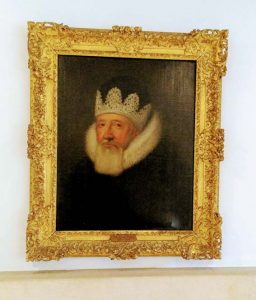