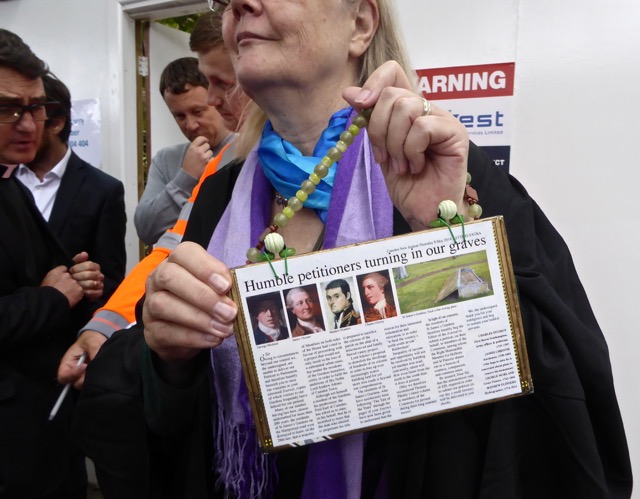 Great sadness this morning at St. James’s Gardens, a former burial ground belonging to St James’s Church, Piccadilly, as a memorial service was held for the 60,000 people buried there, whose bodies will soon be exhumed and ‘stored’ before reburial, so HS2 can excavate and ‘develop’ this quiet and peaceful little park next to Euston station.  Apparently the ancient plane trees will be cut down, initially to make lorry access easier – an act of appalling vandalism. And there’s more to come.  It appears the green area in front of Euston Station has also been earmarked for development – for another bland high-rise office block?  HS2 isn’t really about the need for a high-speed railway system – it’s about land grabbing, and property developers’ profits of course. 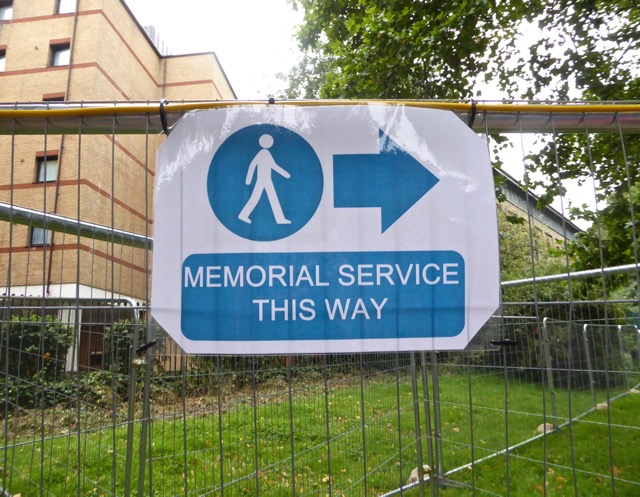 Local people wept – they’ve spent much time and energy campaigning against the destruction of their local park . Yet again HS2 has proved their so-called consultation process has been a complete mockery. See last year’s House of Lords Select Committee when I presented my petition. 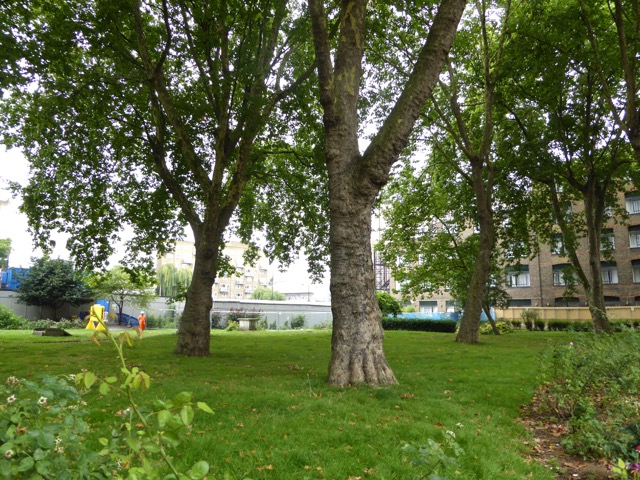 St James’s and its ancient plane trees – soon to be chopped down – are no longer accessible to the public.  It’s surrounded by hoardings, its perimeter patrolled by pretty tough looking security guards. Only those ‘on a list’ were allowed to attend the service this morning led by the Rev. Anne Stevens, vicar at nearby St Pancras church.  Those denied access included Paul, some of whose family members are buried here, and an ex-Greenham activist doing a recce to see if she could get in round the back.  She couldn’t.

Along with other press people, including a very young looking intern from Camden New Journal, I managed to get in at the back of the gardens after much argy-bargy with HS2 people.  Later at St Pancras Church I chatted to Nick, an archaeologist from MOLA, introduced him to Paul who’s been researching his family connections at St James’s, and bumped into film-maker Jane Gull who I’d met before at some of the many, many frustrating HS2 meetings.  Tea and biscuits were laid on at the church as HS2 employees did their best to charm us with ‘community engagement’.  I learnt that the chocolate biscuits I’d been eating had been provided by HS2, and felt rather sick …