Sally Kindberg at Save Our Libraries (and museums and art galleries!) rally and march in London 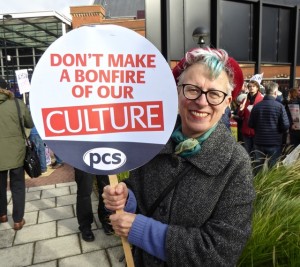 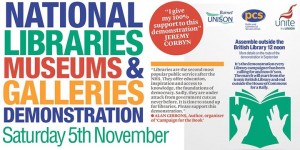 At a rally today before the march through London, showing solidarity with many library workers, authors and artists including Children’s Laureate Chris Riddell, Philip Ardagh, Peter Bunzl, Bobandroberta Smith, Anthony McGowan and Katriona Beales of the Artists Union England. 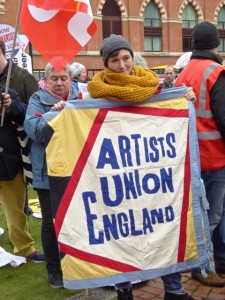 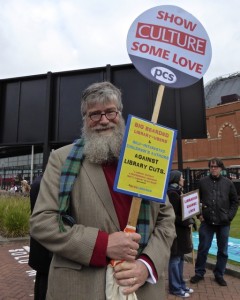 Chris Riddell drew pics on the train en route to the rally which started in the car park behind the British Library. 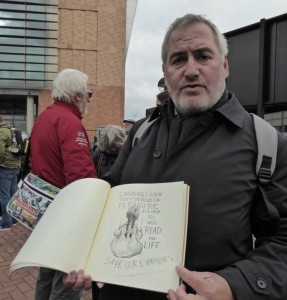 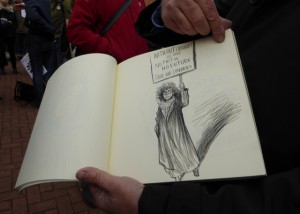 Lord Bird, founder of the Big Issue, was there with his young son, and gave a good short speech. 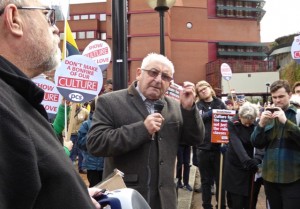 Feebly I didn’t march for very long due to my knee injury, which by the way can now forecast the weather – it’s more painful when there’s rain on the way – so may apply for a job with the Met Office. 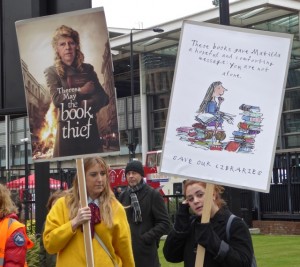 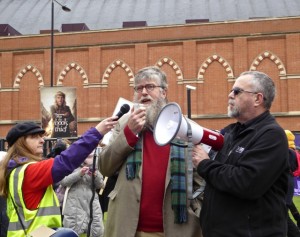 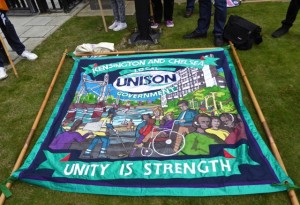 A nice policeman took my photo, telling me he’s going to march for libraries when he retires in five years’ time. Sadly there may be none left by then. Traffic beeped support as we marched along the Euston Road before turning south towards Trafalgar Square. 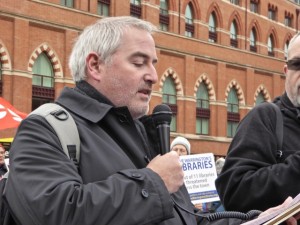 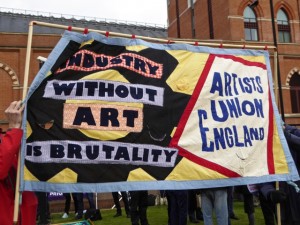 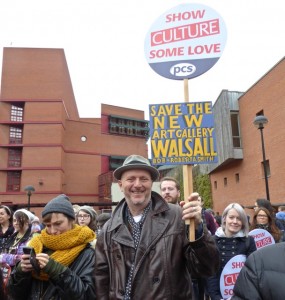 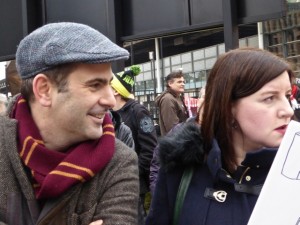 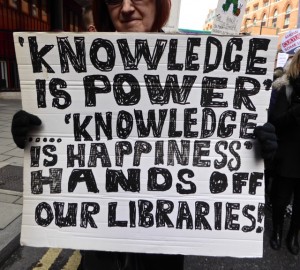 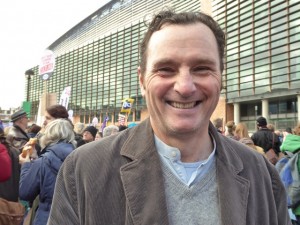 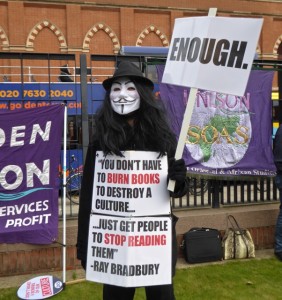