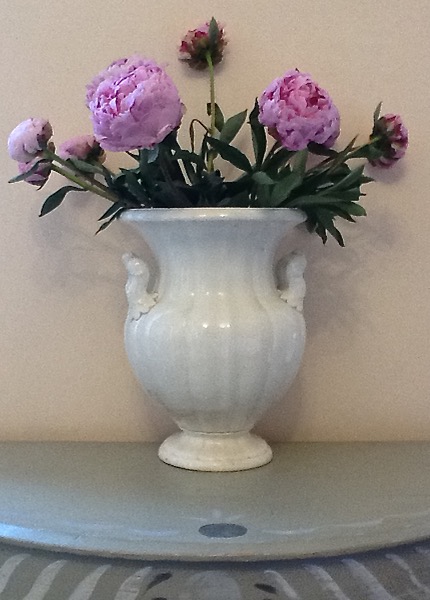 It wasn’t surprising the floor of my room sloped and creaked – the house was partly constructed of ancient ships’ timbers, and one windy night it felt like my bedroom was straining at its moorings.  My room was scented by a vase of peonies … ‘I’m going to paint them later,’ said Linzi, one of the owners of the B &B, whose studio and shop were downstairs. 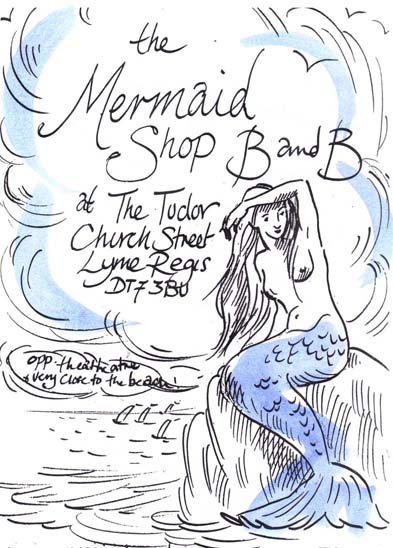 This was the house where in the 18C,  young and dashing old Etonian Henry Fielding tried to elope with the fifteen year old heiress niece of the house’s merchant owner.  The elopement was thwarted, and Henry posted this cheeky note (now in Lyme Regis Museum) before high-tailing it to London, later to write his best-seller Tom Jones amongst other titles. 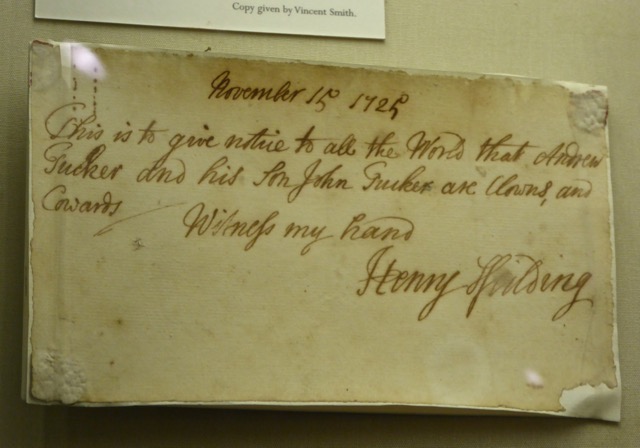 My weekend visit to Lyme Regis was full of delights … a walk up by the river Lym to Up Lyme and tea at the Black Dog cafe, and a surprise tour of Belmont, now owned by the Landmark Trust, whose previous owners include 18C businesswoman Mrs Coade and author John Fowles , who also curated the local Museum for a while). 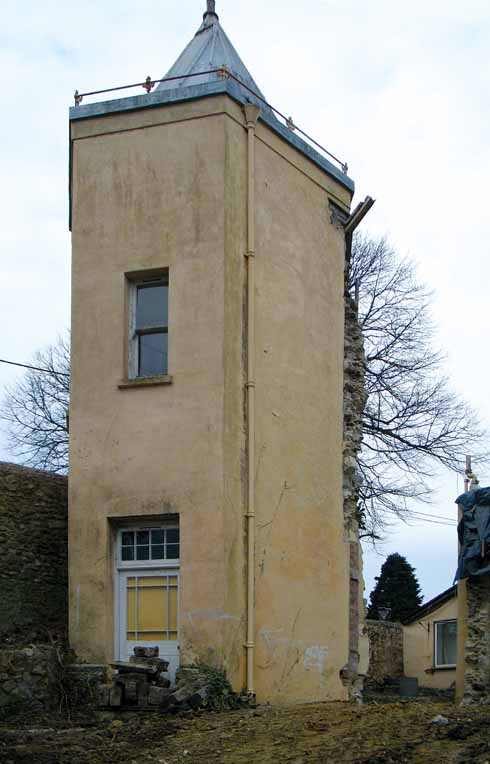 The weekend tenants of Belmont showed me round the house, now restored to its 18C original, and the  19C observatory tower, where I had a go at turning the original winding mechanism.  ‘We’re serial Landmark Trust visitors, done about eight I think, including the Pineapple,’ said one of my guides, an ex-Army man. 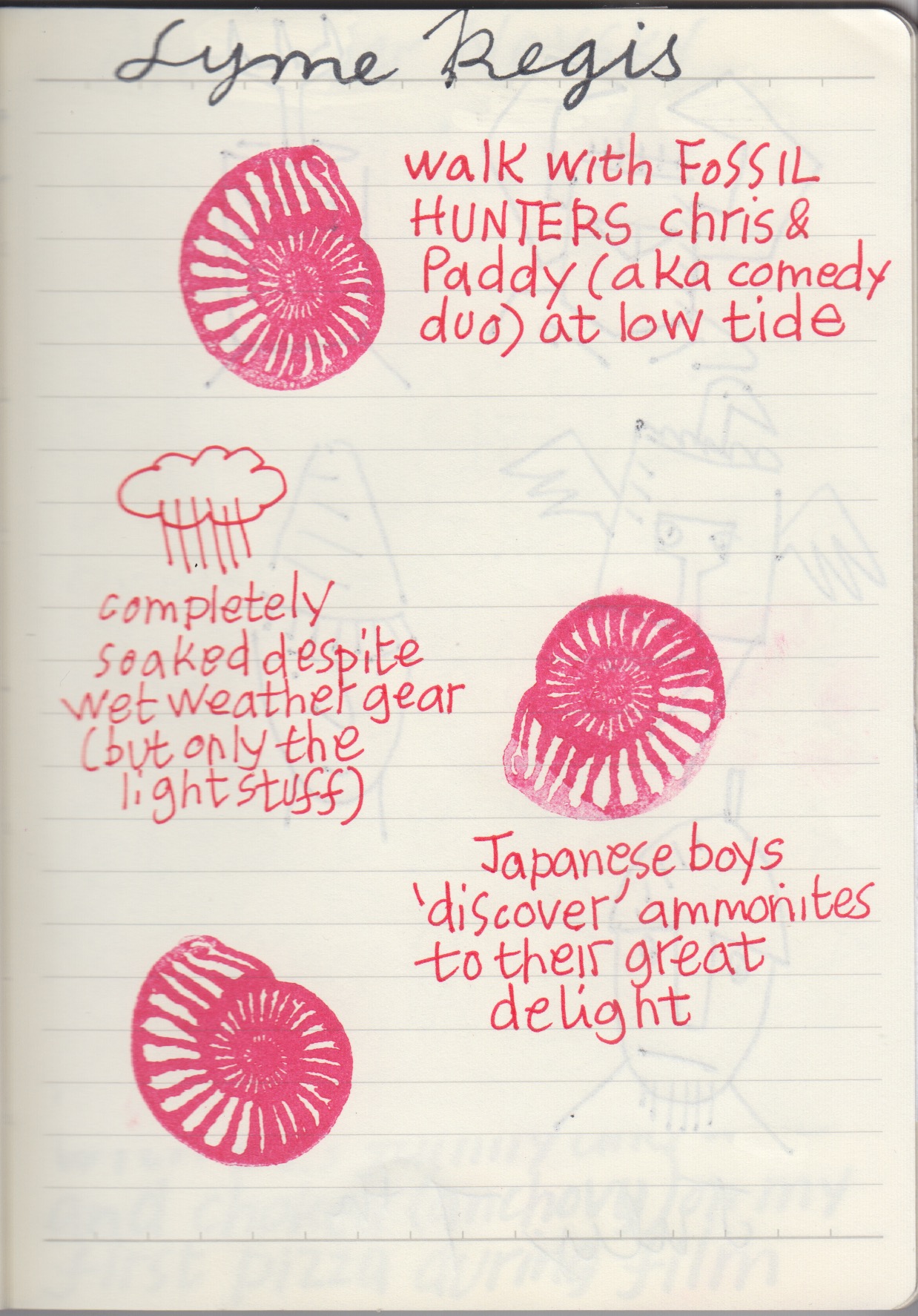 Other Lyme Regis delights included a fossil hunt at low tide, a delicious dinner at vegetarian restaurant Tierra and a visit to the Aquarium on the Cobb, where I held a little starfish in my hand. 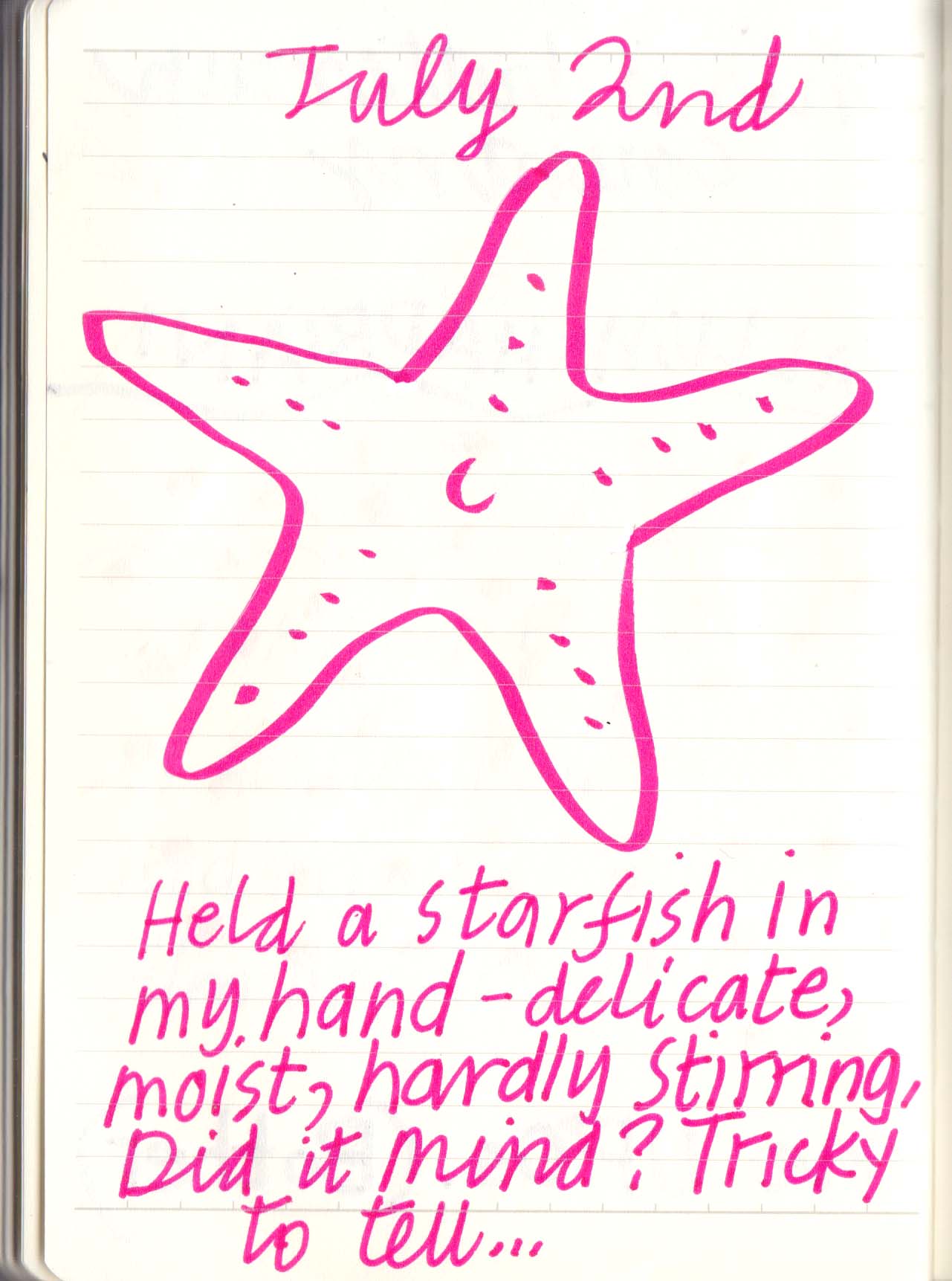