At a recent visit behind the scenes at London’s Natural History Museum I was thrilled to meet senior curator and sponge expert Miranda Lowe, who led us into her domain past a dome filled with Venus Flower basket sponges. ‘This was a favourite of David Attenborough’s when he visited,’ she told us, ‘there was a chair here that he sat on, but it seems to have disappeared, ‘ she smiled, ‘probably been turned into a shrine somewhere.’ 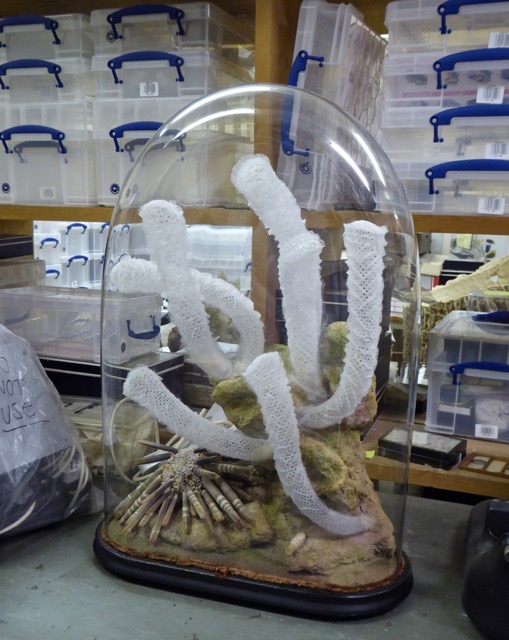 Miranda’s real passion is for Blaschka models.  The Blaschkas were a father and son team, born in the 19th century in what was then northern Bohemia,  who produced exquisitely detailed glass models of sea creatures and later, plants. 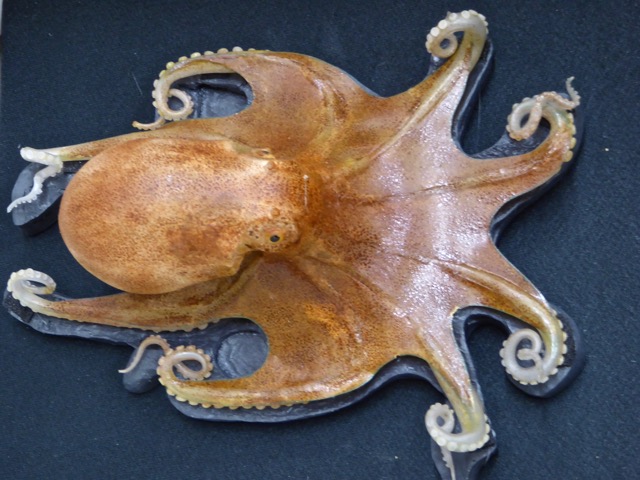 She showed us some glass slugs, an octopus and other more obscure creatures, all made of glass.  Sometimes the Blaschkas used other materials too such as wire, glue, and even, Miranda told us, bits of crumpled paper inside the models.  No one has been able to exactly replicate the often delicate colouring of the glass.  London’s Natural History Museum owns 187 models, and the Grant Museum of Zoology which had organised this visit, owns 33. 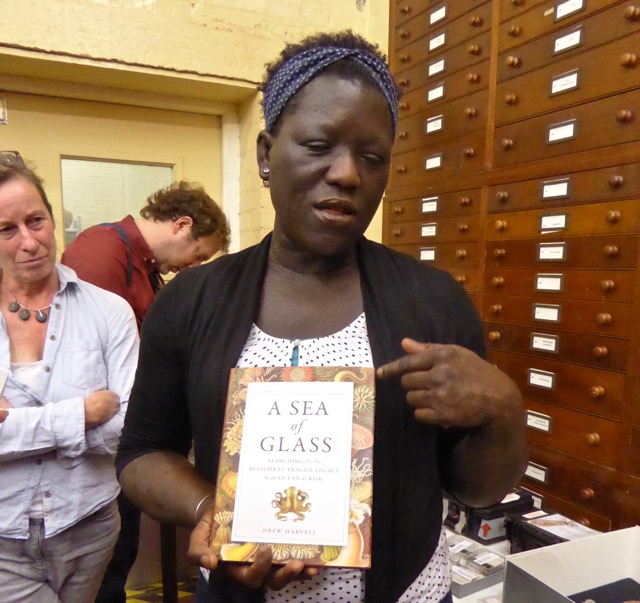 I share an interest in the Blaschkas, although an amateur one, and have ‘adopted’ a Blaschka squid at the Grant Museum in London, which I included in one of my recent children’s books, Draw It! London, and dedicated the book to her (taking liberties with squid gender). 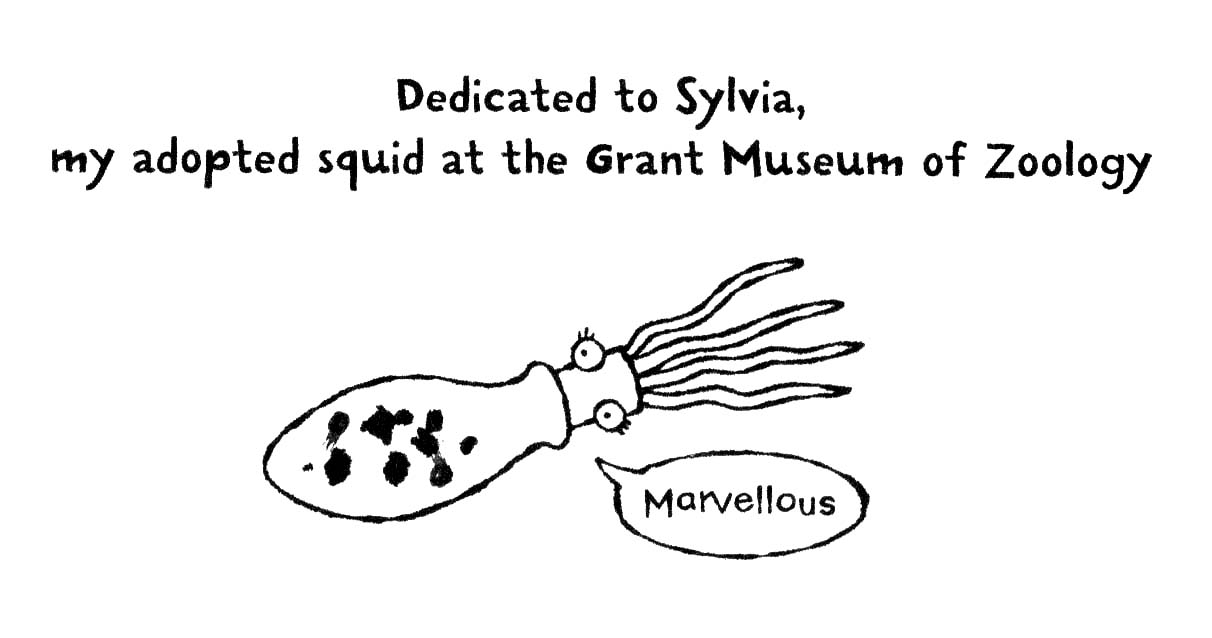