Behind the scenes in 3 specimen preservation departments of the Natural History Museum, London 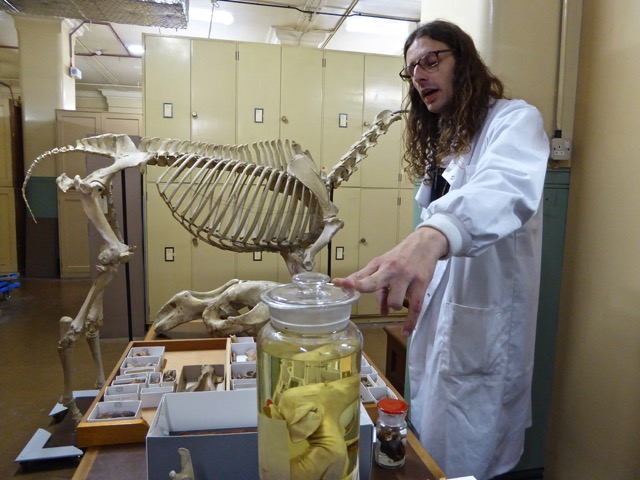 The Grant Museum‘s annual outing for 2016 was a visit behind the scenes at the Natural History Museum in some of its specimen preservation departments,  guided by six experts in their field.  We were divided up into groups of about ten, including Jack Ashby from the Grant Museum, and off we went up and down stairs, along labyrinthine corridors and through security doors on six whistle stop tours. Each curator was impressively enthusiastic and knowledgeable about their particular field.

Kangaroo In A Jar

Roberto of the Mammals department showed us an 18C kangaroo – collected during one of Captain Cook’s expeditions –  pickled in a jar, some ancient pig bones from Jericho, and a small mummified cat.  Or was it?  When I was doing research for my book Draw It! London, I included a page about mummified animals and discovered from a British Museum expert that X-rays sometimes revealed the Egyptian mummies’ contents weren’t always quite what they seemed …

‘Hello, I’m James, I’m Fish’ said the cheery and brisk curator, showing us a giant metal autopsy table.  There was a powerful smell of ethanol and formaldehyde as he led us through into the huge Spirit Room, sometimes used as a film or TV series set – a bit of Paddington and Silent Witness were shot here apparently. 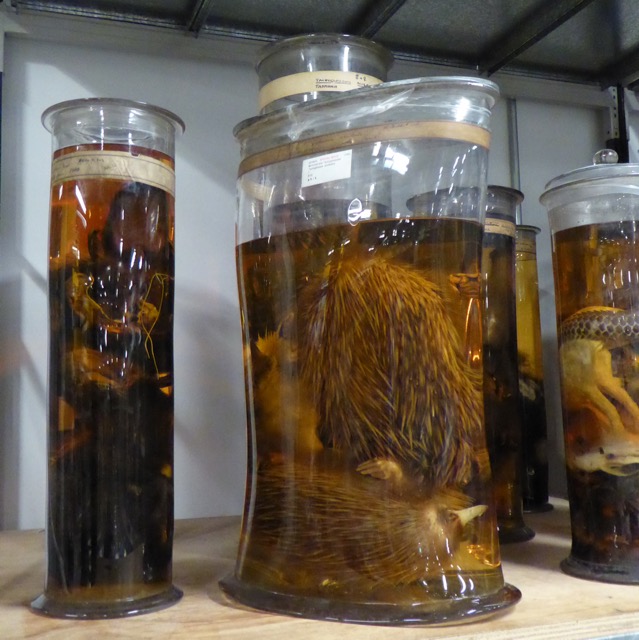 Here were rows and rows of large glass jars, some 19C ones specially shaped for their murky contents – echidnas and duckbilled platypus, and a giant squid called Archie in a specially long glass case, some of its body parts looking like pale scrambled egg.  James tugged on chains that lifted the lid of a massive metal holding tank crammed fin to fin with sharks, and a swordfish that’d swum off course and died in the river Avon. 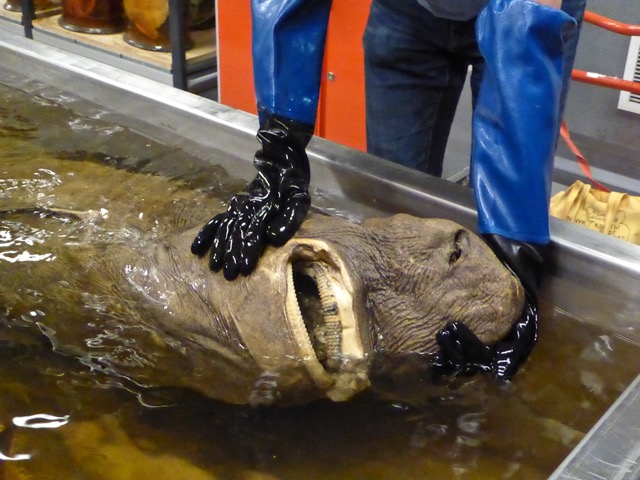 He put on thick gloves and heaved a shark half out of its crowded alcohol bath. ‘You should have seen it here earlier,’ he said brightly, ‘it was like mulligatawny soup.’  Even with a powerful extractor fan suspended over the tank, the smell of spirits was overpowering, although James said he didn’t notice it any more.

The Secret Life of Flies 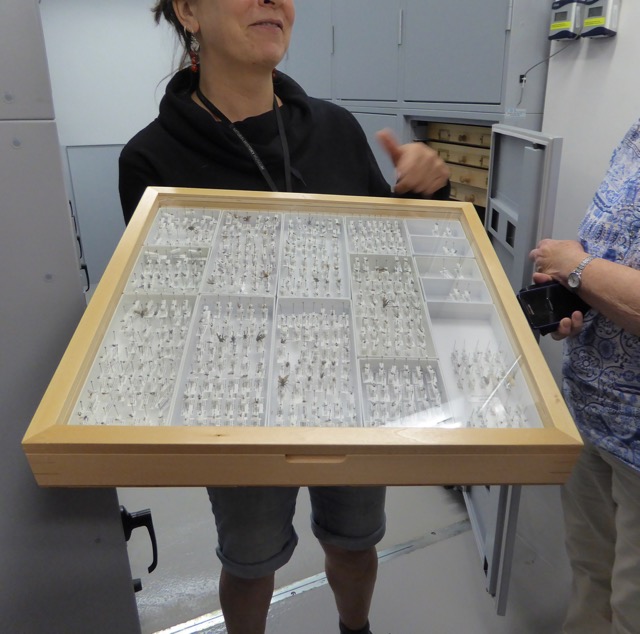 Erica is passionate about flies – in fact she’s written a book about their secret lives, due out in September 2016, and regularly talks on radio about them.  The insects department was chilly, smelled of mothballs, and houses 3 or 4 million specimens.

A bearded man called Ian was sitting on a stool in one of the corridors, counting flies. A large model of a flea, a tray of flies and a locust eating a mouse were displayed on a table. 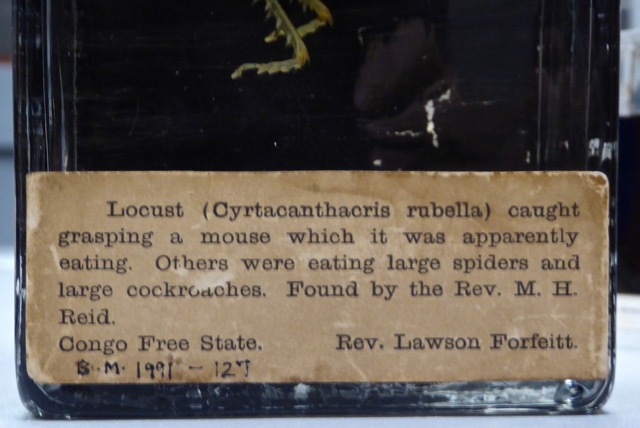 Labelling often seems as interesting to me as the subject, and I wondered about the collectors of the past – not necessarily the famous ones.  While I was thinking about this I completely forgot to ask Erica about the marmalade fly I’d heard about on my recent trip to Hadrian’s Wall. 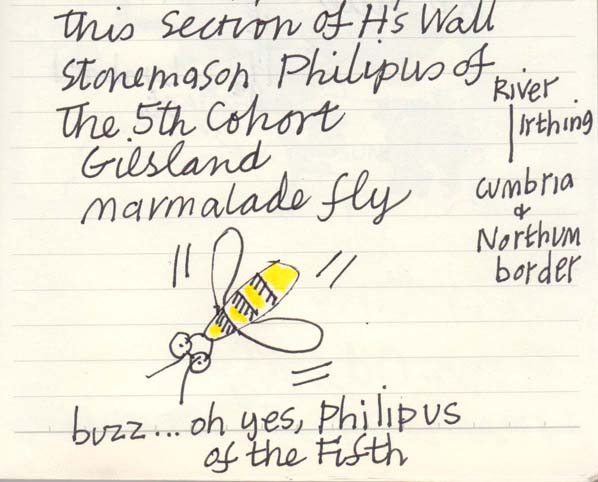