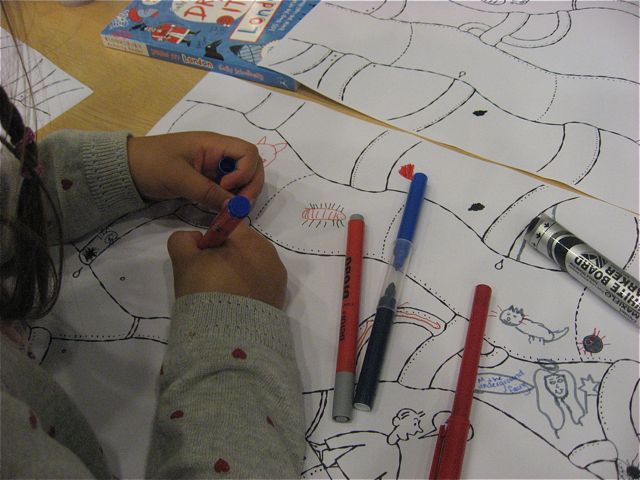 Fantastic ideas and drawings from children and adults at this year’s Guardian Big Draw at King’s Place, London.  My latest book, Draw It – London  (Bloomsbury) has plenty of amazing info about underground London so I decided my workshop this time should involve tunnels.   It involved drawing a tunnel adventure, with one of my illustrations at the beginning to get things going, which could be made into a folding book. 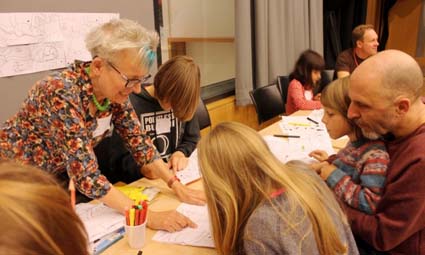 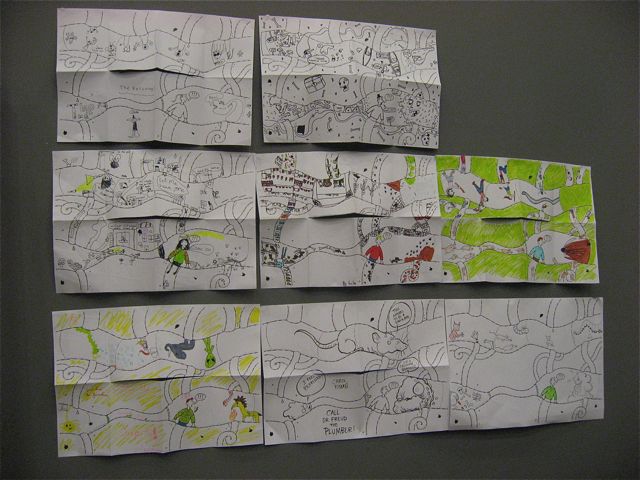 If you opened it out, the tunnels could link horizontally and indefinitely if you had enough space!  There were some brilliant ideas.  Someone drew a complex mouse city, there were plenty of monsters, rather a lot of poo in a sewage system, fairies, skeletons, bats, spiders and a giant rat courtesy of Chris Riddell who dropped in to draw his tunneling exploits. 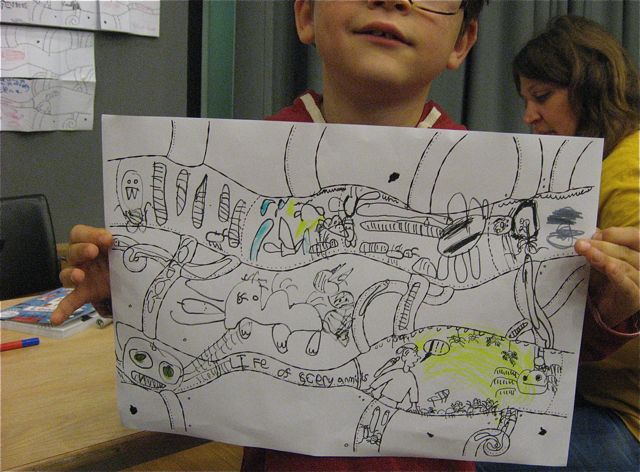 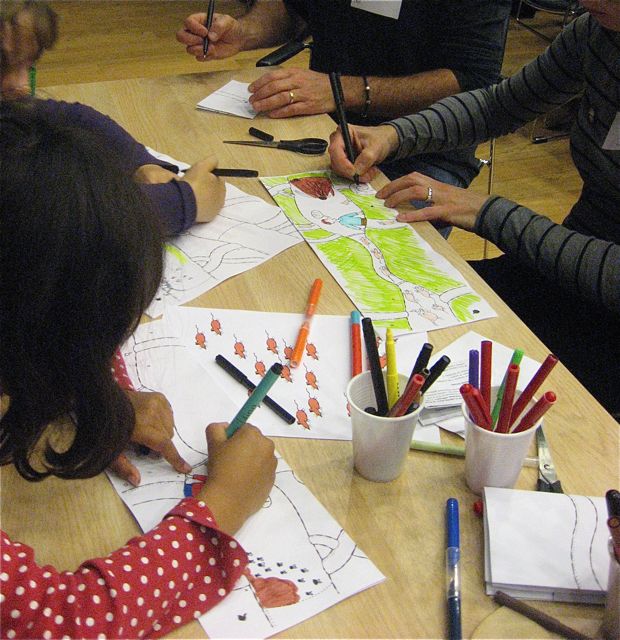 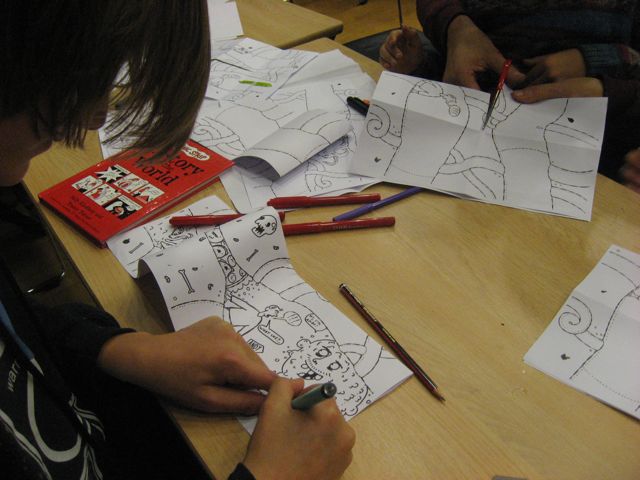 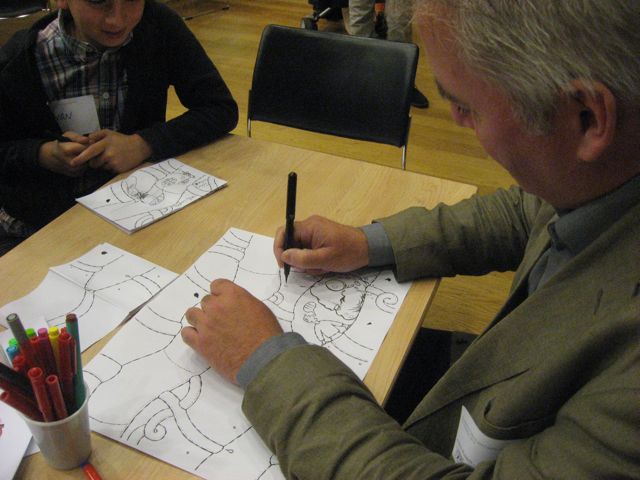 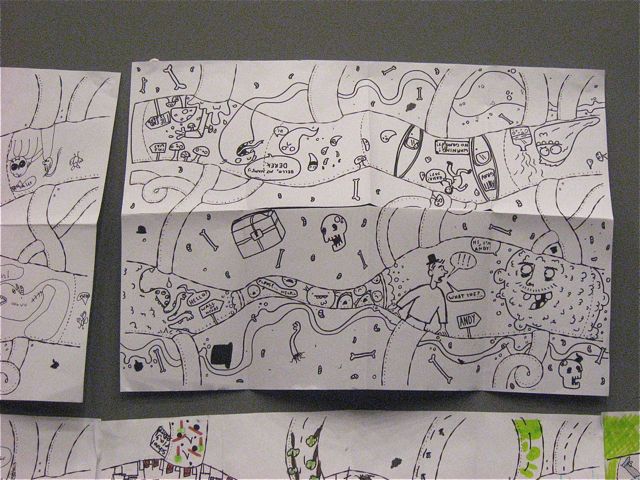 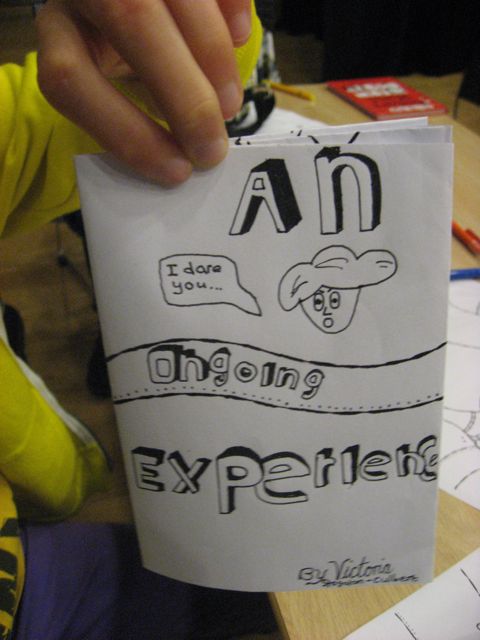 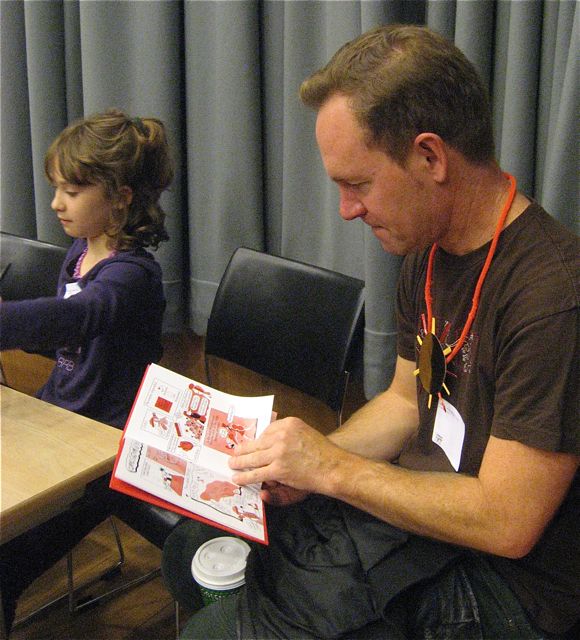 And good to see someone there appreciating a copy of The Comic Strip History of the  World!