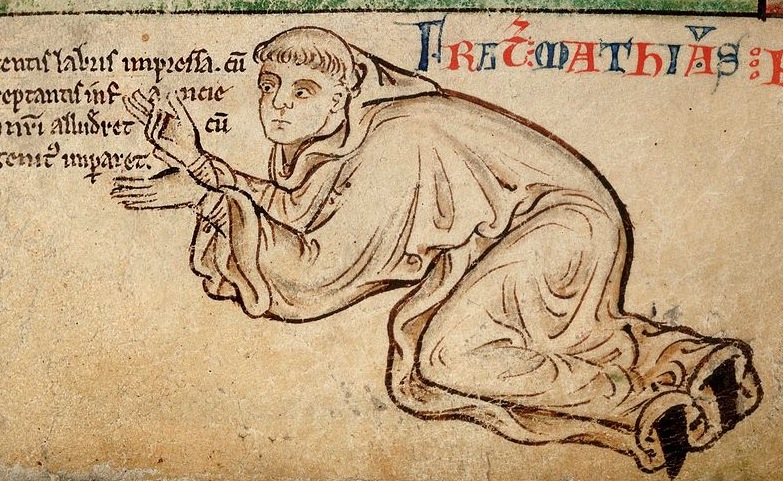 I love Matthew Paris – no, not the Tory MP, the St Albans based monk and writer of travel guides/illustrator/cartographer/opinionated observer of 13th century life.  Last weekend whilst in Hertfordshire I visited the rambling and delightful 19th century home of archaeologist Robin Densem whose Birkbeck evening classes some years ago about London were inspirational as well as great fun. 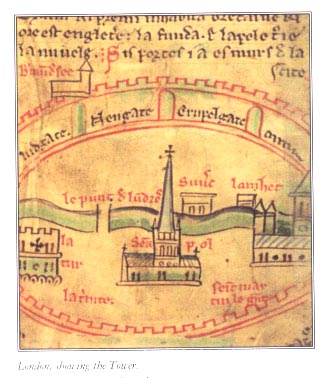 Amongst his thousands of books Robin discovered duplicate copies about Matthew Paris, and kindly gave me one of them. This Observer review was written on the back: ‘While poison kills the Sultan of Babylon and the King of Scots drops dead mounting his horse, a Norfolk knight is castrated by a lynch mob, relic-hunters cut off St Edmund’s arm and Queen Eleanor buys a dwarf in the Isle of Wight … Brother Matthew says it all.’  Matthew’s stories definitely have a touch of the tabloids, but his drawings are full of life and weird and wonderful information.

And there’s a connection to an item in my Draw It! London book.  Matthew travelled to Norway and was very friendly with King Haakon, who sent an impressive gift to Henry III to add to the King’s London collection of wild beasts. 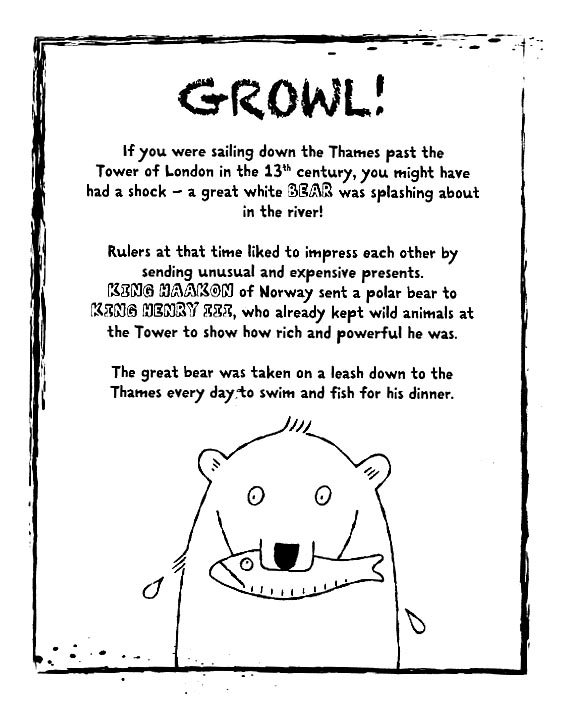