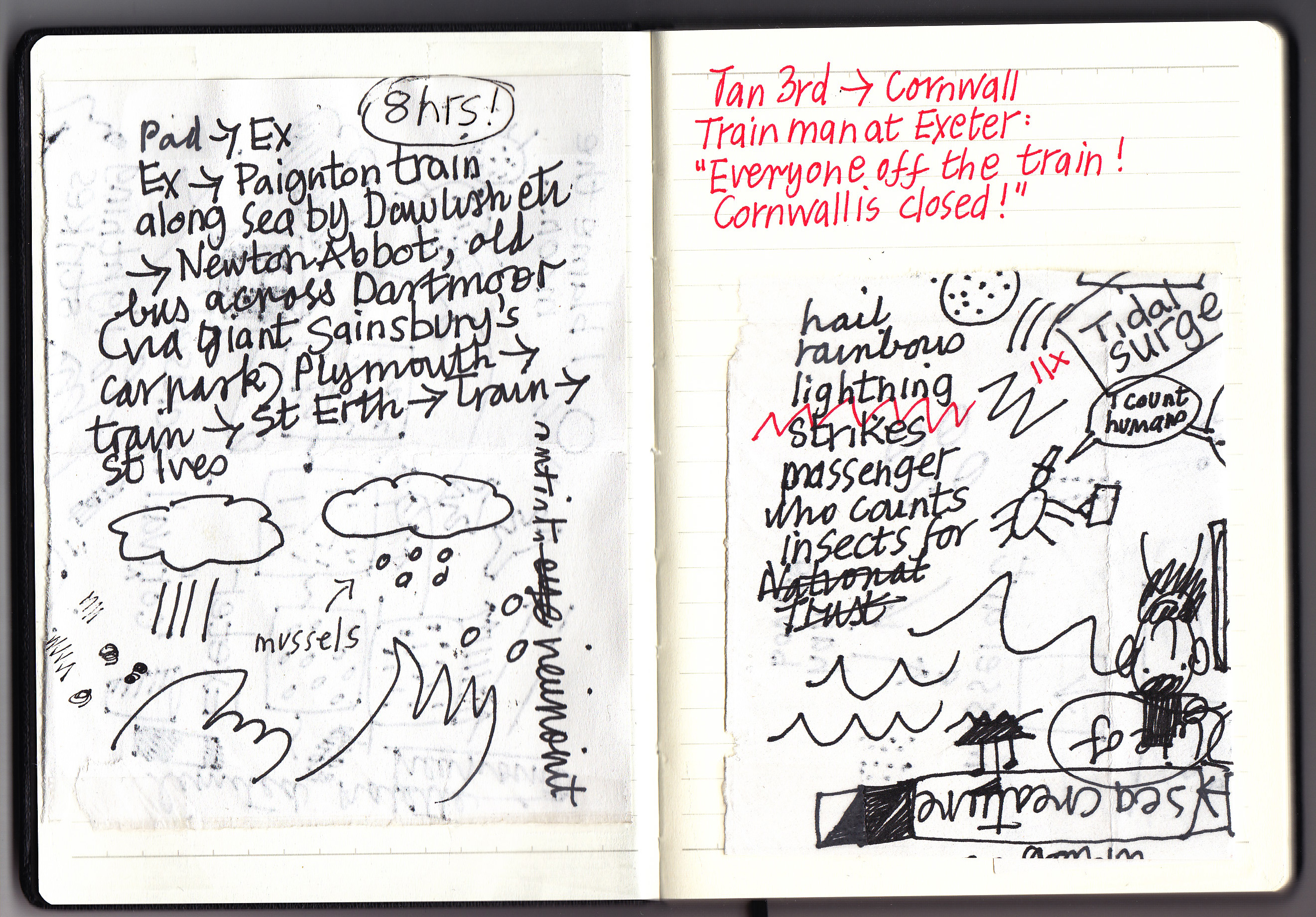 “Cornwall is closed!” shouted a harrassed looking railway official at Exeter station.  I’d decided to try and get to St Ives despite severe weather warnings, and luckily took some provisions (well, ahem, chocolate for emergencies) with me as the journey eventually took over eight hours, travelling on four trains, and an old coach over Dartmoor.  What weather – lightning strikes on the railway tracks, hailstorms, tidal surges and several rainbows. The journey from London to Cornwall was spectacular, with apocalyptic skies over Dartmoor, and fields flooded with bloody looking pools of water tinted by red Devon soil.  On a tiny train creeping along by the sea at Dawlish, I chatted to a man who counted insects for the National Trust.  Through the window I could see people walking between the tracks and the sea, too close to huge waves regurgitating stones onto the shore. 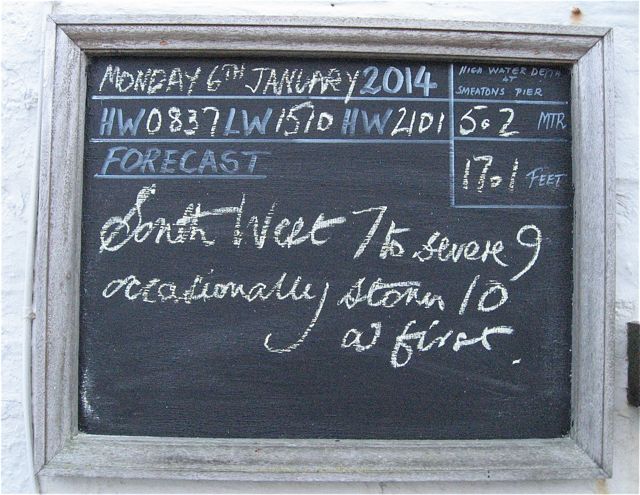 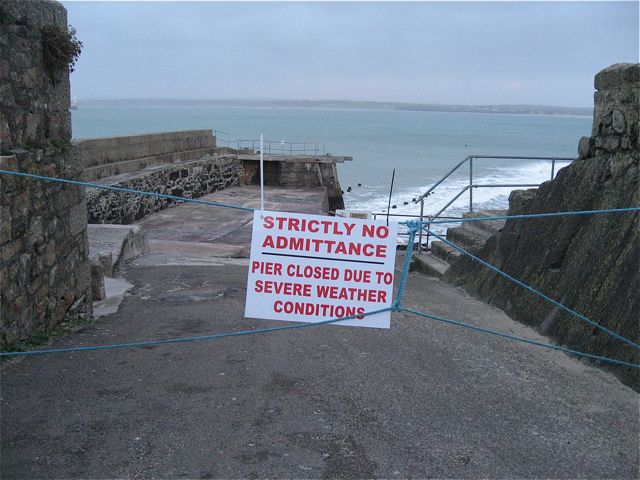 My room at St Ives was right at the top of an early 19C house.  Daphne du Maurier stayed here in the 1940s – there’s a blue plaque outside on the wall that says so.  My b&b room was called Rebecca. 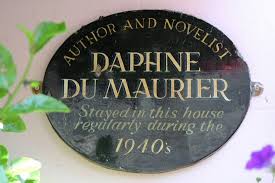 Daphne, nicknamed Bing, had two sisters known as Piffy and Bird.  Bing came to St Ives to visit Bird, who had a studio here and apparently painted very badly. Various portraits of the du Mauriers hung on the stairwell.  My attic room at Cornerways was a delight – warm and perfect for viewing  sea, weather and stars. Disappointingly the sound of the surging Atlantic I happily listened to in bed at night turned out to be the noise of the tiny old fridge on the other side of my room. 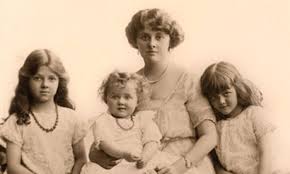 Properties by the harbour were sandbagged up as the Atlantic was being melodramatic – surging over the harbour wall and actually coming right over one of the galleries (once a pilchard press) and dumping a load of mussels in its back yard – a bit of sea art?  At extremely low tide you could see remains of the shipwrecked Alba on Porthmeor beach, as painted by one of my favourite artists Alfred Wallis, deaf, bonkers – he spoke up the chimney to his dead wife – and brilliant, who lived just up the road. 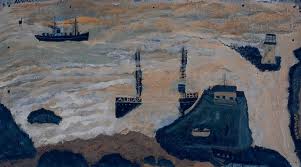 Called in at the Tate St Ives to see the  Aquatopia exhibition for the second time – I first saw it in Nottingham – much more a propos here, though sadly part of my favourite cafe below the Tate was closed – the high tide had whacked it.  Listened again to the strange whistling of Korean sea women filmed by Mikhail Karikis – elderly women who dive to great depths using ancient breathing techniques.  They looked so elegant and agile when  underwater searching for pearls and edible sea creatures, but became stiff and awkward old ladies again on land.