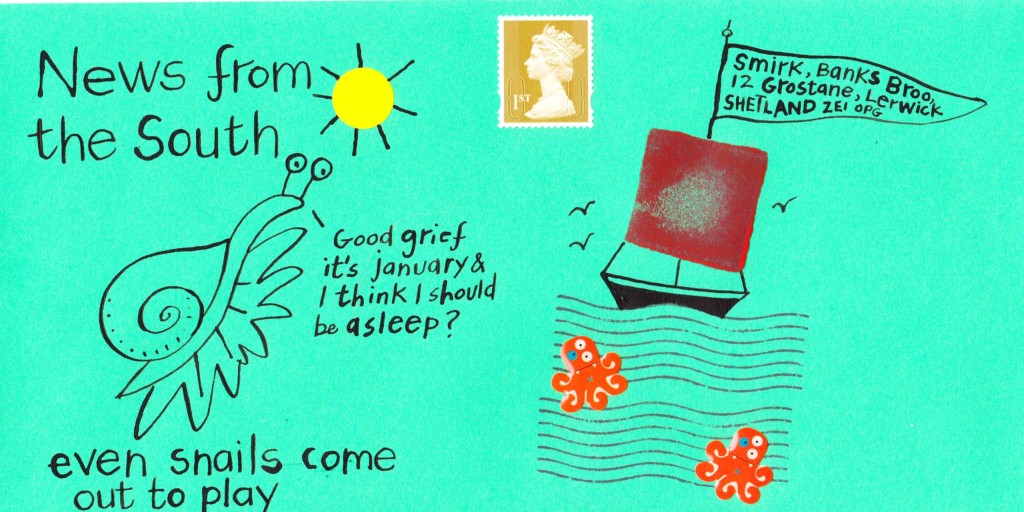 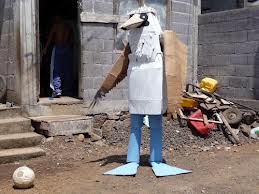 Before it completely fades from the feeble SK memory bank, must write about my trip to the north last November. En route, in Edinburgh, encountered the Blue Footed Booby aka Marcus Coates  before setting off to catch a tiny Flybe plane to Shetland,  where I was met by Shetland Times cartoonist and writer  Smirk, aka Stephen Gordon, aka Pete Stack of Pete Stack and the Rayburns, aka Victor Vomit of the Regurgitators.

A chance meeting with Smirk in 2011, when I was taking part in Shetland’s Wordplay book festival, led to an exchange of  illustrated postcards – more than 100 over a period of a year – and this in turn led to an exhibition called Cartoon Correspondence which was why I was back in the 60 degrees North line of Latitude (the same as St Petersburg in Russia btw).  That evening Smirk, wearing a rather splendid tangerine shirt and a new overcoat (see photo below), drove us to our pv at haunted mill/gallery Bonhoga 15 miles inland where we ate cakes and played a special sort of Ping Pong. 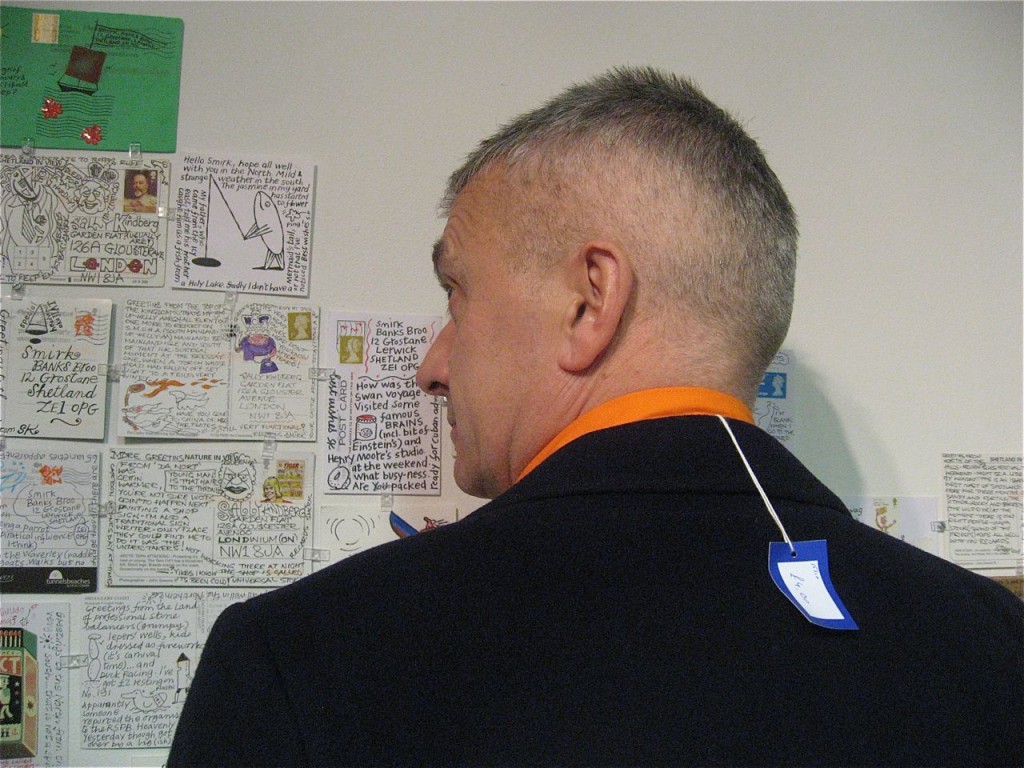 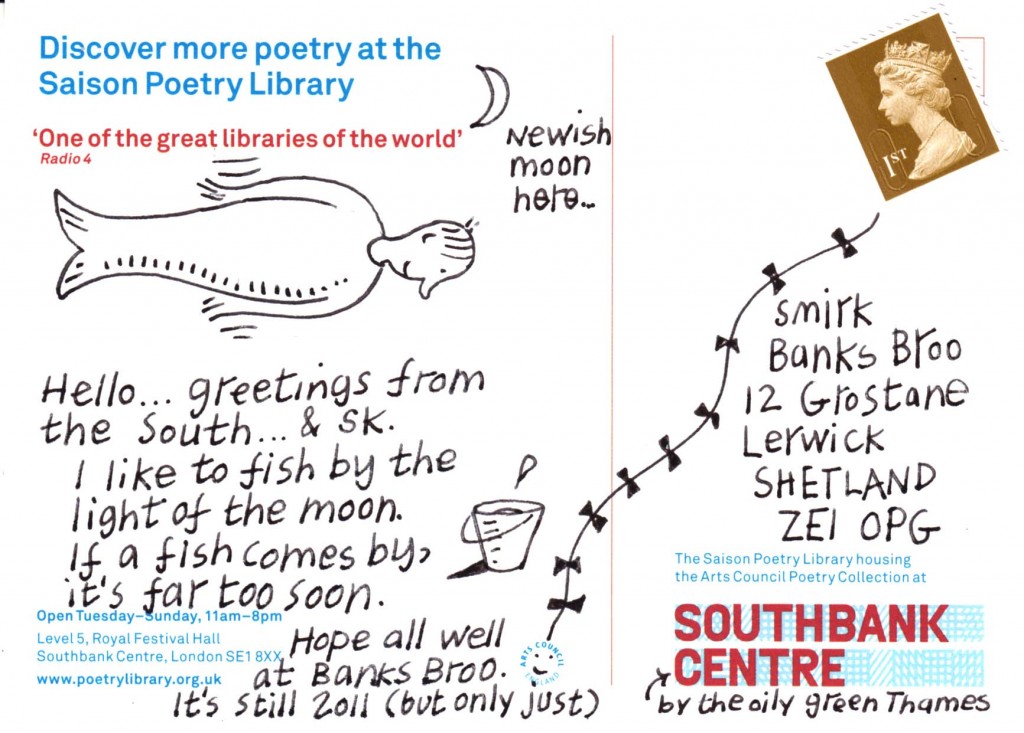 I spent a week on Shetland, exploring its capital’s night spots – popping into the Happy Haddock, drinking (small amounts of) gin upstairs at the Lounge Bar (downstairs is ‘the men’s bar’), eating ‘Roadkill’ biscuits at a harbourside cafe and visiting Lerwick’s grand new and controversial music and film centre Mareel.  Sadly I missed the multimedia performance about the life and death of a pig, and opted for watching Skyfall instead.  Ran three workshops at Bonhoga, including one with artists and teachers, a happy bunch who produced most fascinating comic strips about a recent discovery of (ahem) the rare Shetlandosaurus. 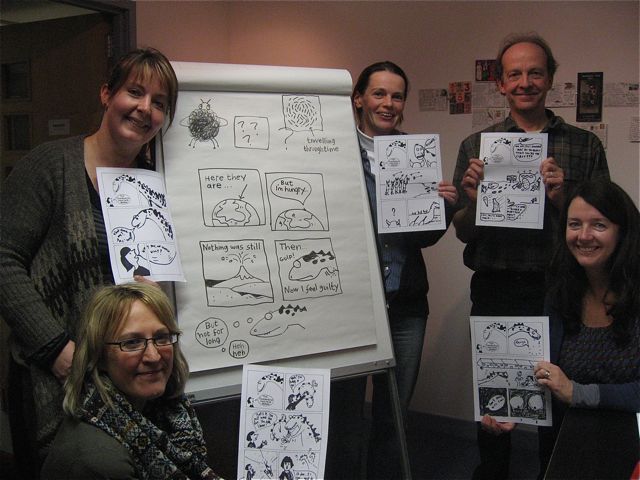