Tales of the Thames

Fascinating talks about the Thames and other watery connections at Somerset House, appropriately enough in a room overlooking the river. Ex-poet laureate Andrew Motion wore a bad cardigan and talked almost inaudibly about his new book Silver. Other speakers included Iain Sinclair talking about his and film-maker Andrew Kotting’s Swansdown voyage from Hastings to Hackney.  Loved the story about Andrew Kotting’s suit shrinking as the film progressed.  Clips from Swansdown accompanied by swoony raw sounds of vocalist and musician MacGillivray. 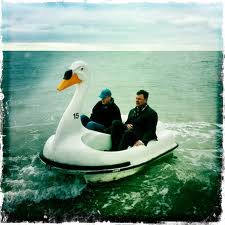 En route from Somerset House westwards along the Strand passed the site of Fountain Court, where William Blake lived the last years of his life in a couple of dingy rooms. From one of the windows he could see the Thames, and spoke of its beauty, the river looking ‘like a bar of gold’. 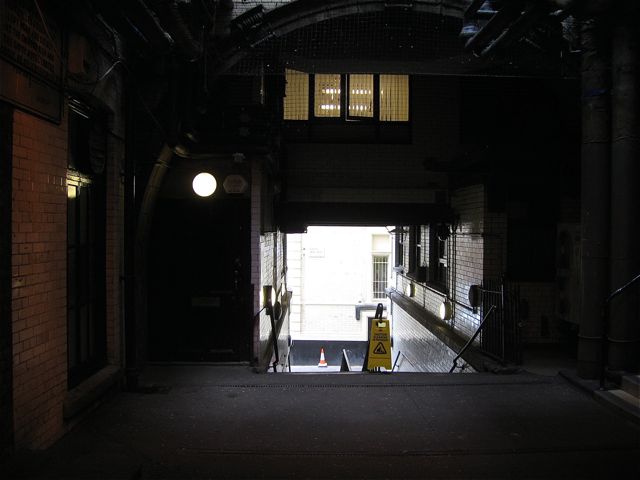 A little further on outside the recently refurbished Savoy Hotel heard some wonderful drumming.  A knot of people were protesting about the visit of King Mswati III who’s staying there with his entourage. The King, whose personal fortune is variously estimated at between $60 and $200m, had lunch with the Queen on saturday along with a couple of dozen or so other monarchs.  The people of Swaziland apparently live on about $2 a day. 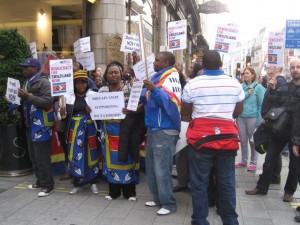 1 Response to Tales of the Thames