Five hours travelling north from Suzhou to Beijing was a 302 km/h elevated and foggy whizz through countryside rapidly being converted into blocks of flats, roads cut into raw earth and forest of pylons. Luckily all the seats face forward as I get travel sick if facing backwards.  They’re flipped round to face the other way on the return journey.  Should have brought a flask with tea or noodles like everyone else so I could make use of the hot water urn at the end of the carriage. 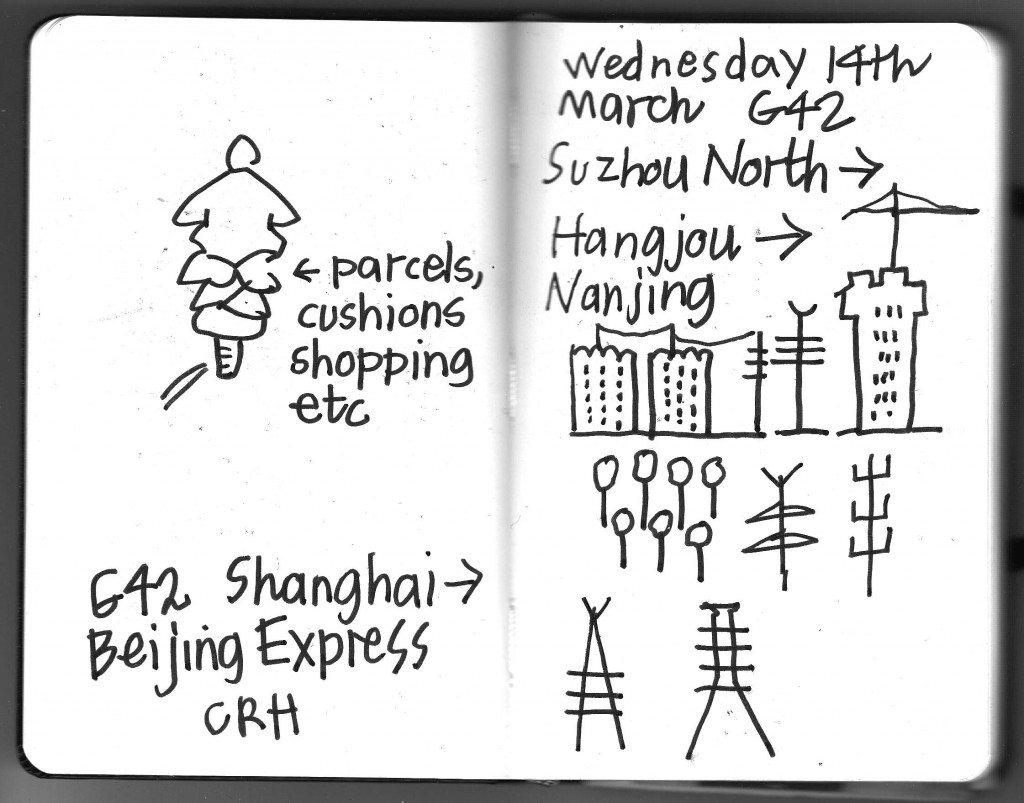 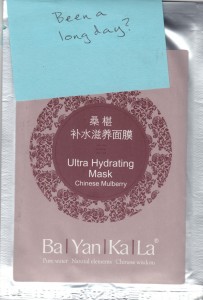 Arrived tired and cold in Beijing south station, realising too late I should have queried my festival contact’s message that she would meet me ‘at the exit’, as of course the station is vast and has many exits, and my phone wasn’t working.  Somehow we managed to link up at one of the McDonalds in the station, and set off by taxi to the Opposite House,  my HQ whilst taking part in the Bookworm Festival.  Architect Kengo Kuma’s emerald green glass hotel was full of delights … rainwater power-showers, super-helpful and attentive staff, a pillow menu, little presents with Post-It messages attached, snowy slippers by my huge bed every evening … 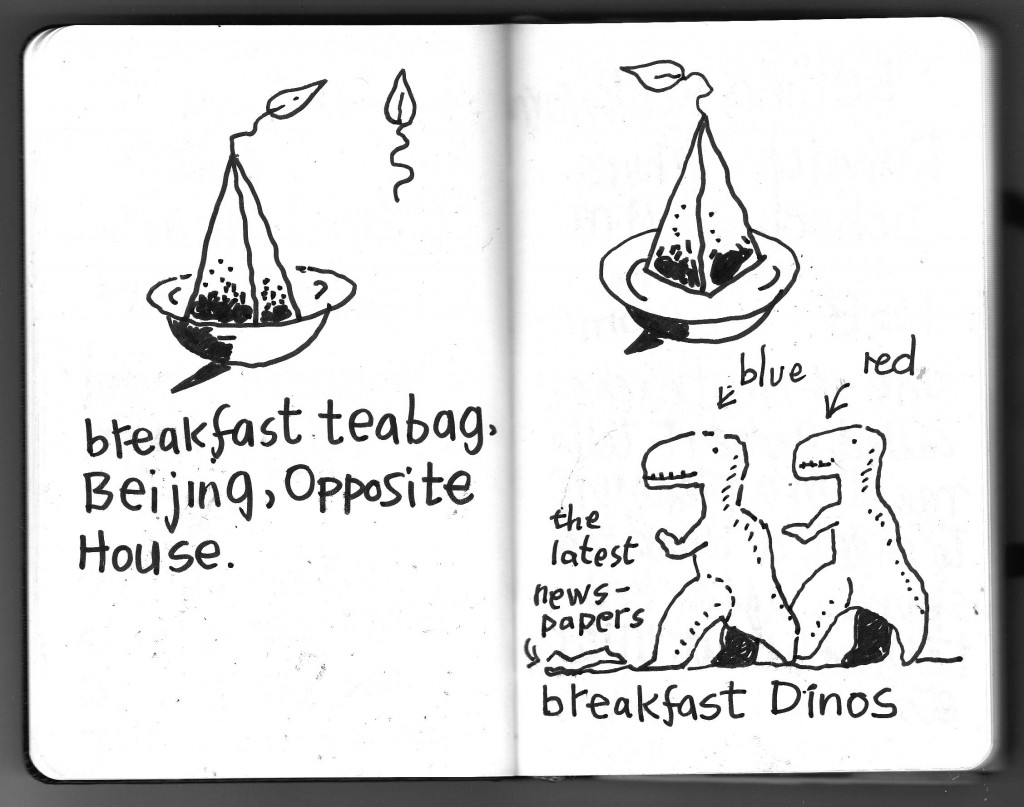 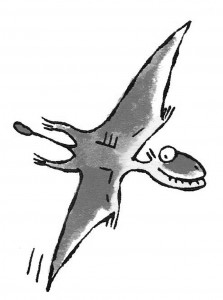 Great to see dinosaurs at breakfast, especially as I’d brought some with me for the children’s drawing workshops … (from The Comic Strip Book of Dinosaurs by Kindberg/Turner) 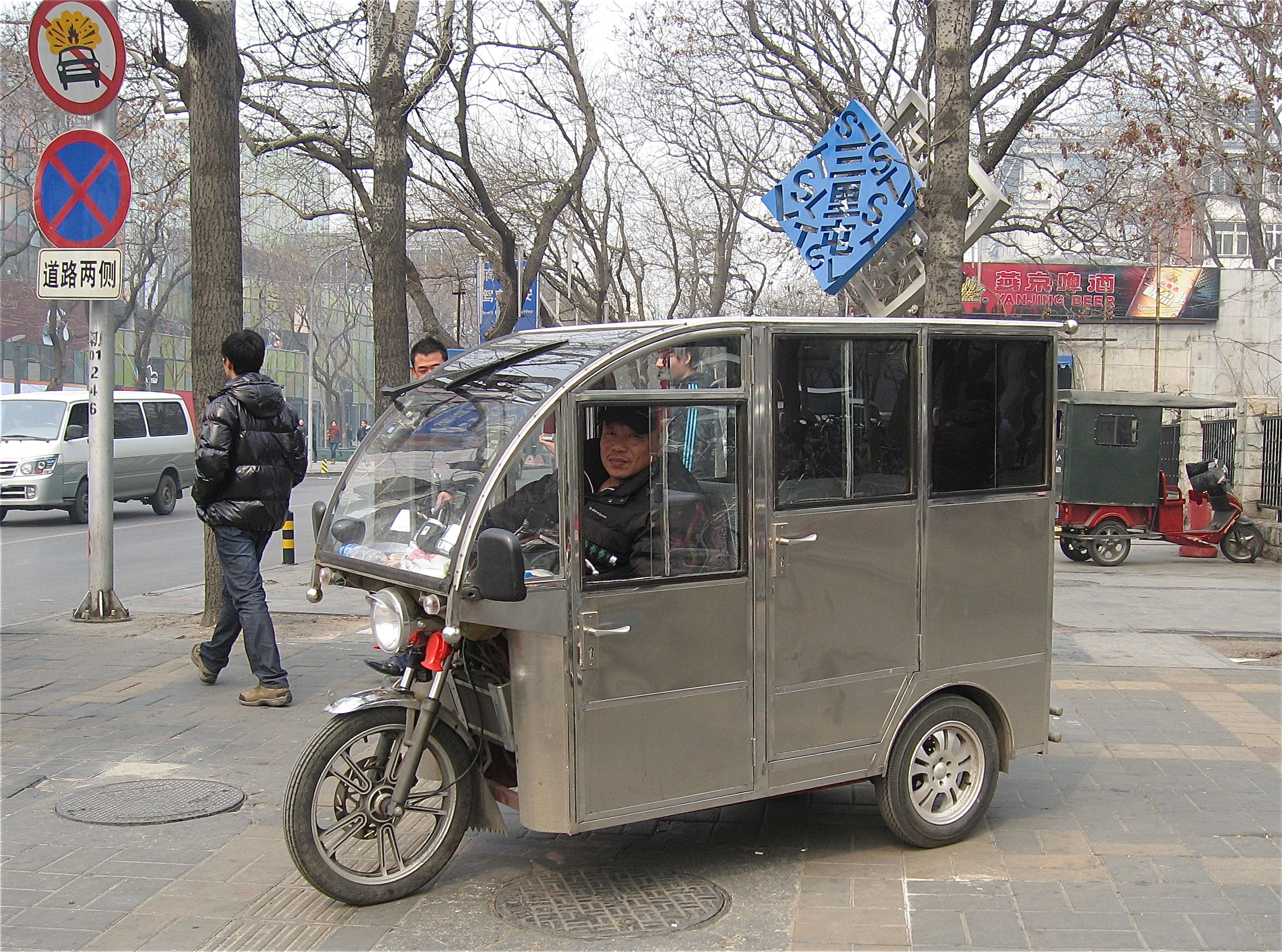 Workshops and talks at international schools for the next few days … and eventually I managed to cross a Beijing main road without flinching.  Initial strategy involved inserting myself into a crowd of pedestrian Beijingers and hoping for the best. En route to the Bookworm’s bookshop/cafe/performance space, noticed what looked like a playground of brightly coloured but sophisticated apparatus. 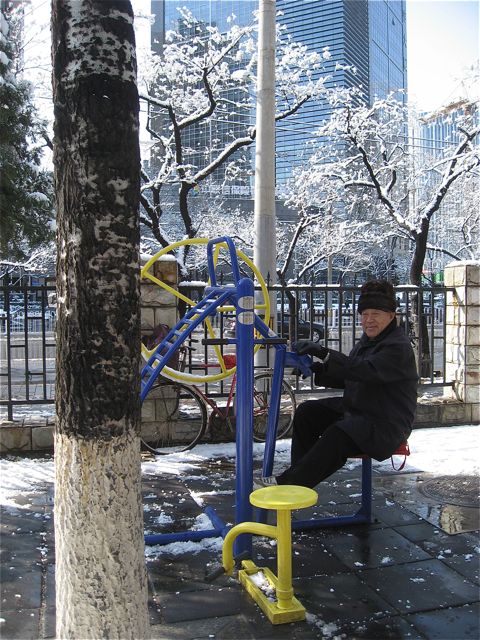 It was snowy, but it didn’t deter one old man from using the ‘playground’.  With a grimace, he mimed bad knees – this was an exercise park for the elderly.  I had a go on the hip-swiveller – great fun!  Beijing was cold, though it had been sunny.  “There’s always good weather when the National Congress meets,” explained an American living in Beijing later, “They seed the clouds.” 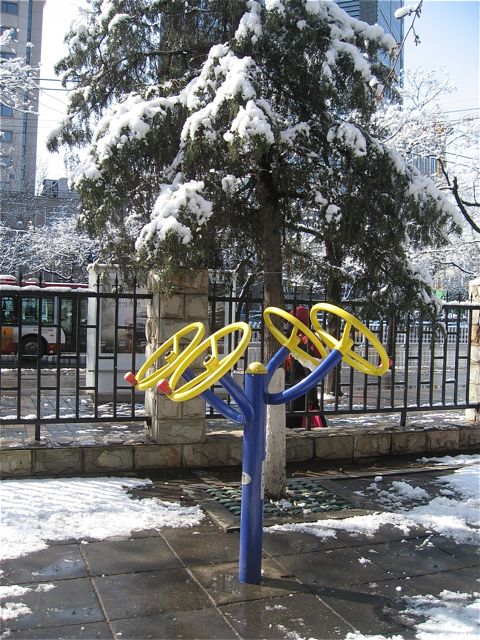